Sandler and co-stars Idina Menzel, LaKeith Stanfield, and Julia Fox talk about working with the Safdies and sharing the screen with Kevin Garnett and The Weeknd.

Adam Sandler could be eyeing his first Oscar nomination if the buzz out of Telluride and the Toronto International Film Festival for his newest film, Uncut Gems, is anything to go by. Reviews for the Safdie brothers’ (Good Time) latest are glowing, with critics singling out Sandler for career-best work as a jewelry dealer in Manhattan’s Diamond District who finds himself pursued by criminals when a precious gem goes missing. Rotten Tomatoes Editor Jacqueline Coley spoke to Sandler and co-stars Idina Menzel, Lakeith Stanfield, and Julia Fox in Toronto, where the raves were still pouring in. The four talk about working with the Josh and Benny Safdie, two of cinema’s most sought-after and buzzed-about directors; sharing the screen with NBA legend Kevin Garnett and musician The Weeknd; and finding pockets of calm on the set of such a kinetic film. 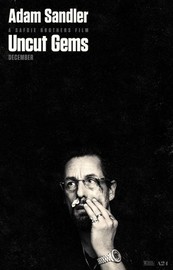 Timothée Chalamet, Saoirse Ronan, and the Little Women Cast on Putting a Modern Spin on Alcott