Plus, The Scorch Trials lacks stong characters, and You're the Worst is Certified Fresh.

This week at the movies, we’ve got a notorious mobster (Black Mass, starring Johnny Depp and Benedict Cumberbatch), teenage adventurers (Maze Runner: The Scorch Trials, starring Dylan O’Brien and Kaya Scodelario), and a desperate criminal (Captive, starring David Oyelowo and Kate Mara). What do the critics have to say? 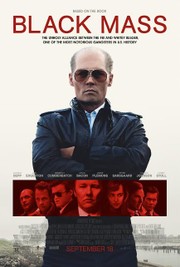 Black Mass isn’t the first feature film about brutal gangster-turned-slippery fugitive Whitey Bulger — he’s the subject of a critically-acclaimed documentary and the loose inspiration for Jack Nicholson’s character in The Departed. Critics say Black Mass explores well-trodden crime movie territory as well, but the film is elevated by Johnny Depp’s mesmerizing lead performance — and excellent work from a solid supporting cast. The movie follows Bulger’s rise from petty hood to violent mob boss; Whitey’s rise in Boston’s demimonde is assisted by FBI agent John Connolly (Joel Edgerton), who enlists him as a confidential informant, and his politician brother Billy (Benedict Cumberbatch), who uses his office  to protect him. The pundits say Black Mass often feels familiar, but it’s still a well-crafted film that finds Depp giving his best performance in years. 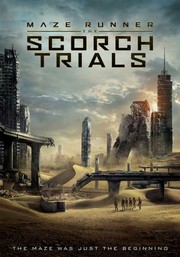 As dystopian sci-fi adventure films based on young adult novels go, The Maze Runner was pretty solid, if decidedly a cut below The Hunger Games series. Unfortunately, critics say its sequel, The Scorch Trials, is mostly a run-of-the-mill action yarn with a few decent set pieces and little-to-no character development. This time out, our heroes, led by Thomas (Dylan O’Brien), have left the maze behind; instead, they must navigate harsh landscapes and avoid not just the evil WCKD but also hoards of zombies. The pundits say Maze Runner: The Scorch Trials is briskly paced and occasionally exciting, but its overabundance of  plotting makes for limited emotional involvement. 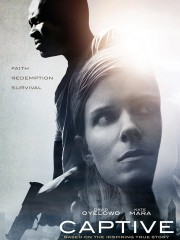 Based on an astonishing true story, Captive recounts the tale of an escaped criminal (David Oyelowo) who takes a hostage (Kate Mara) and eventually surrenders after she encourages him to read the Christian self-help book The Purpose-Driven Life. Critics say Captive is enlivened by its excellent leads, but it never quite generates a necessary sense of tension.

Project Greenlight makes a welcome return, retaining many of the qualities that helped make it a reality TV favorite.

Kurt Sutter’s The Bastard Executioner doesn’t want for dark thrills, but it unfortunately has more enthusiasm for brutality and gore than necessary narrative focus.

The 100% Club: Movies With a 100% Tomatometer Score on Rotten Tomatoes