The Edge of Seventeen and Glee Actor On the Differences Between Teen Rebels Ferris Bueller, Brian Johnson, and Jim Stark.

Photo by Mike Windle/Getty Images for SXSW
Blake Jenner was introduced to the world via the fourth season of the hit musical TV show Glee. Since Glee‘s final season only ended in 2015, Jenner’s career is really just beginning. His role in Everybody Wants Some!! is now followed by new teen drama, The Edge of Seventeen, opening today in limited release. Jenner can also be seen in the upcoming films Sidney Hall and Billy Boy (which he penned as well). We asked Jenner what his Five Favorite Films are, and he divulged his passion for teenage rebellion in delivering this list: 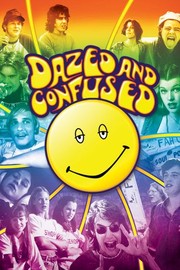 I love it because I feel like I’ve got an insight of what my dad was kind of like. Also, in the movie I did with [director Richard Linklater — Everybody Wants Some!!] too, it was just cool to see this is kind of — like, my dad could’ve been one of these guys easily. It just shows that nothing’s changed. You’re relating to your parents — or any generation really — without having to be in front of them. It’s a really cool time-travelling-of-the-soul type of movie, which I really dig. It really holds up. It’s timeless. It sounds cliché — saying “timeless” — because that’s what I’m going to say about every single one of these movies, but the thing that’s cool about that is that there’s nothing close to what I’ve experienced. I didn’t have the same hair. I didn’t have the same music. I didn’t have the same clothes. I didn’t have the same kind of approach to anything, really, but I feel like I’ve been there still. That’s really cool when a movie can do that. You can see behind the mask and everybody can still relate. It’s really cool, and that movie does that. 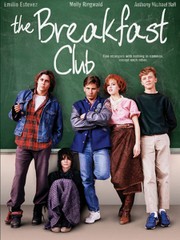 Breakfast Club. That movie is awesome. I love it because it really gets to me, especially Anthony Michael Hall‘s part. When he’s talking about how he feels lonely and how he feels pain, too. He calls out Molly Ringwald. He’s all, “You don’t think I feel this way. F— you, Claire.” I love that. I love that. That part gets to me so hard because I had his spirit in high school. Even though you can relate to everyone in a certain way, I feel like I related to him the most internally. 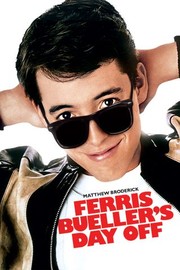 That one’s awesome. I love that one, and I ditched school so many f—ing times, man. I can’t even count. There were times when I went to school so far from where my friends were, so I would leave. I’d catch a bus and a train and another bus just to go hang out with them. Just wanting to have a day away to escape and feel like the everyday, teenage superhero for just guilty pleasure desires rather than actually having superpowers. I just love that movie. It’s so good.

Even now, we need a day off now and then to do that. We don’t do that nearly enough.

Let’s do it. The whole world — I don’t think I can afford that, but in theory I’m with you.

We’re going to buy them O’Doul’s.

They still charge for that.

Yes, they sell it, dude. If that’s all we were drinking then everybody wants one.

It is like selling water. It’s like a very tan water. It’s a water with Tropicana sunblock at the beach [laughing]. 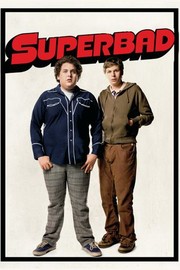 Number four is Superbad. I love Superbad. It’s the same kind of feel I get from Ferris Bueller’s Day Off, where you kind of want that, but they’re not winning the whole time like Ferris is. They’re kind of losing the whole time, but still, you want them to win. They’re losing the booze and they’re getting into fights. They’re doing all this stuff looking for the great outcome. But even then they don’t win because they really just want the girls. I feel like everybody can relate to that — just anybody — no matter if you’re a guy or a girl. That blind faith you have in yourself, when you’re just speed-bumping it or tripping over life as a teenager, but you still know you’re going to prevail in some way, shape, or form. But you really don’t know. It’s really just hope. That’s a cool part of that movie, and it’s just funny as f—. Excuse my French. It’s just funny as hell. I love that movie. I love McLovin. I love everything about it. 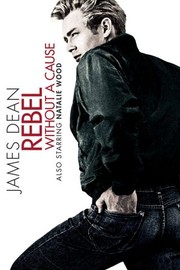 Last but not least, man, will be a classic that really holds up and it’s not a comedy. I don’t want to end this on a neutral or serious note, but Rebel Without a Cause, man. I really, really dig that movie. I really dig that movie and I really dig James Dean. I dig what he was about. I’ve watched interviews and movies about him and stuff, and I just dig him as an artist and I really think that that captures… It’s a coming-of-age story, too, but it’s not the ones that we’re used to — that we’re going to laugh at and feel like, “Oh, they won out.” He’s coming from a very dark place as a teenager, which we all go through. I’m sure a lot of us haven’t been in the darkness as long as his character has, but we get how that feels and it’s kind of cool to see him simmering in that emotion. It’s not anticipated at all, so it’s really seamless. It’s really nice to see. You kind of see him growing up in, like, the scrappiest version it can look like.

What do you think fans of yours might be surprised about when they see The Edge of Seventeen?

When they see this movie, I think they’ll be surprised about the times that a character that they may turn on at some point still wins their heart at the end. Because you see by the end of this movie that everyone’s got their own arc and story and it’s all warranted. I think it’ll be interesting to see who they resonate with at certain moments during the movie, because I think there’s a bit of everybody in each character for sure. It’s going to be cool to see they’re not just sticking to one, that they’re actually playing the field, and they’ll realize that they’re doing it at the end.

The Edge of Seventeen opens today in limited release.