The celebrated astronaut talks about his personal connection to a Gary Cooper film and -- unsurprisingly -- his love for a certain Stanley Kubrick classic.

Every so often, we here at RT are blessed with the opportunity to talk to true icons, and sometimes, those icons come not in the form of an actor or filmmaker, but of a legend oustide the industry altogether. With that in mind, Buzz Aldrin has certainly appeared in a handful of films and TV programs, but he’s of course best known as the US Air Force pilot and NASA astronaut who became the second man in history to step foot on the moon, the 50th anniversary of which is next year.

These days, Aldrin spends most of his time advocating for an international coalition to enact a plan to travel to Mars and set up a permanent homestead there. This week, however, he spoke to us in support of a small documentary about an influential ancient astronomer without whose contribution his own trip to the moon might never have happened. It’s called The Man Who Unlocked the Universe, and it centers on 15th century Timurid ruler, mathematician, and astronomer Ulugh Beg, who counts Aldrin as one of his biggest fans. To celebrate the release of the film on Amazon Prime, Aldrin spoke to us about his own Five Favorite Films. Read on for the full list. 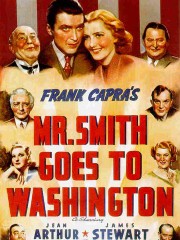 I don’t know that these are chronological, particularly, and they may have occurred at different times in my life and had a meaning. But as I remember, I think there was quite an impact from someone who was able to move in his life to a very significant opportunity, and I was thinking of Mr. Smith Goes to Washington, with Jimmy Stewart. That was, to me, rather inspiring, that someone with maybe a newspaper background or whatever, given that task, went into the Puzzle Palace — we would call it today “the swamp” — to put some order into it. As he saw, things needed to be sort of straightened out. And I think that that is certainly a good bit proved in my profession. 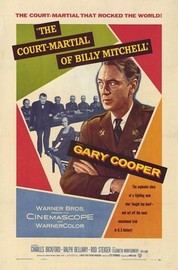 This may be about the same time, sort of, in my life. It was The Court-Martial of Billy Mitchell, General Billy Mitchell, for maybe disobeying the orders of just how he should approach sinking Navy ships. The reason that that has a significance to me is that my father’s first assignment in the Air Corps was as an aide to Billy Mitchell in the Philippines, and that’s where he met my mother, my father met my mother. It’s told to me by the family that not only did Jimmy Doolittle bounce me on his knee, but Billy Mitchell did too. 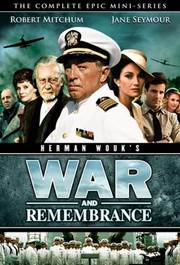 Now, let’s go to War and Remembrance. As a teenager, I grew up during World War II, and it just had such an impression on me then, and it does now, to reflect back. I think Herman Wouk just captured so much of the spread around the world of the different conflicts that were involved, and quite recently, the unquestionable impact that Winston Churchill had on the outcome of that war. 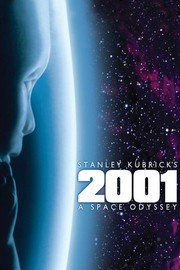 I know these are things that go back in time, but now coming up to date, we got 2001: A Space Odyssey. Now, the projecting forward of Arthur C. Clarke was just such a marvel of imagination, but not just guessing. I mean, he predicted that communication satellites would rotate at the same rate that the earth rotates. They’re in orbit traveling, so they sort of remain stationary over the equator. Now, that was a brilliant observation, and I think so many of these people — Isaac Asimov and H.G. Wells, all of these science fiction writers. In a way, it prompted me to think about creating imaginary situations in the past, in the present, and off into the future, being as true to reality as possible.

It also predicted things that we would call today… It’s a cable that goes all the way up and out to geosynchronous. And that has fascinated a lot of people, and I’ve appreciated some engineering observations that I think were quite impractical, but Arthur Clarke projected building a tower all the way out there. 22,000 miles. Now, that’s pretty stretching. But I feel very satisfied since Arthur Clarke wrote an epilogue to the book that Neil Armstrong, Mike Collins and I wrote with other people, First on The Moon, and Arthur Clarke wrote the epilogue to that. And because of his contributions and my appreciation of those and having met him on several occasions, I just was compelled to arrange a cruise so that I would get to spend a day with Arthur Clarke in 2001. 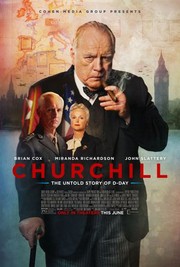 The movie Churchill! Well of course, yeah! I mean, I had hearing aids on but I couldn’t catch exactly all the words, but I knew the meaning behind them. It was just marvelous how, I guess, a politician could absorb so much of the strategy required to deal with the challenges that Great Britain faced. The guy who played Churchill, when I saw him in real life, I can’t imagine how they made him up to look like Winnie. He was bouncing all over the place, making facial expressions all the time.

[Editor’s note: Aldrin confirmed he was indeed talking about the film Churchill, and not Darkest Hour, which he hadn’t seen.]

The Man Who Unlocked the Universe is currently available exclusively on Amazon Prime.

New on Netflix in October 2020