Plus, Joy and Concussion are uneven but often strong, and The Big Short, The Revenant, and Making a Murderer are all Certified Fresh. 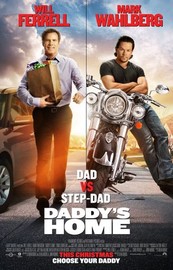 Will Ferrell and Mark Wahlberg made for a hilarious odd-couple pairing in The Other Guys, and the notion of these two in adversarial roles offers a certain comic appeal. Unfortunately, critics say Daddy’s Home is a so-so family comedy with limited characters and an overreliance on slapstick gags. Ferrell stars as a straight-laced radio executive whose struggle to connect with his wife’s children is thrown painfully out of whack when the kids’ cooler bio-dad (Wahlberg) makes a surprise reappearance, sparking a battle for paternal supremacy in which each man makes progressively more elaborate attempts to win the kids’ affection. The pundits say the talented leads earn a few decent laughs, but Daddy’s Home rarely strays from the predictable beats its premise guarantees. 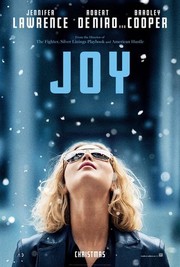 In theory, Joy should find director David O. Russell squarely in his wheelhouse. In bringing the life of Miracle Mop inventor Joy Mangano to the big screen, he utilizes a pair of his most effective weapons — a fact-based, stranger-than-fiction story, and Jennifer Lawrence as a leading lady — so it would seem safe to assume this picture would hit nothing but cinematic paydirt. Alas, reviews point to more muddled results this time out, thanks to a scattershot focus and wildly meandering tone that often overwhelm typically strong work from Lawrence (not to mention a supporting cast that also includes Russell returnees Bradley Cooper and Robert De Niro). While most critics stop short of labeling Joy a failure, filmgoers hoping for another Silver Linings Playbook or American Hustle may wish to temper their expectations. 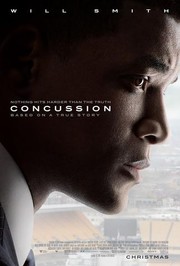 Like many a fact-based film that’s a little too timely for its own good, Concussion was dogged by real-life drama long before the cameras rolled: Sony Pictures was supposedly pressured into making script changes by NFL execs concerned that writer-director Peter Landesman’s drama might portray the league in an unfavorable light. That was a fairly safe bet, given that the movie looks at the true story of the doctor (played by Will Smith) who discovered the degenerative brain disease suffered by a number of former football players — and to its credit, critics say Concussion is indeed unflinching in its willingness to lay blame at the feet of a greed-driven culture of dangerous bravado and medical negligence. Unfortunately, many reviews also argue that the film’s focus is too diffuse — and its message is often delivered too clumsily — to really register the type of impact the subject matter deserves. 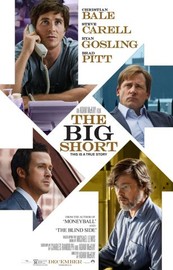 If Adam McKay really wanted to film an adaptation of a bestselling book, he certainly could have picked an easier row to hoe than Michael Lewis’ The Big Short, which takes a critical look at the gross financial chicanery that sparked the economic meltdown of 2008. But as we learned with previous Lewis-inspired efforts Friday Night Lights and Moneyball, just because a nonfiction book might not seem like the most naturally cinematic source material, that doesn’t mean it can’t be turned into a hugely entertaining movie — and that’s exactly what critics say McKay’s given us here, turning real-life crooks spinning derivatives into a Wall Street dramedy with a populist rage to match its satirical bite. 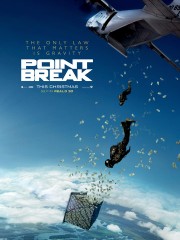 Seven films into a multi-billion dollar franchise, it’s easy to forget that the original Fast and the Furious was basically a loose remake of Point Break. Unfortunately, this  official remake/reboot of Kathryn Bigelow’s 1991 cult favorite was barely screened for critics, which is rarely a good sign. Luke Bracey  stars as Johnny Utah, a former extreme athlete-turned-FBI agent tasked with tracking down a criminal gang that redistributes what it steals. However, Utah finds his loyalty tested when he befriends Bodhi (Edgar Ramirez), the leader of the group. Guess the Tomatometer!

Making a Murderer is a spellbinding slow burn that effectively utilizes the documentary format to tell a twisty mystery.