This week at the movies, we’ve got a smart-aleck superhero (Deadpool, starring Ryan Reynolds and Morena Baccarin), marvelous male models (Zoolander 2, starring Ben Stiller and Owen Wilson), and lovelorn ladies (How To Be Single, starring Dakota Johnson and Rebel Wilson). What do the critics have to say? 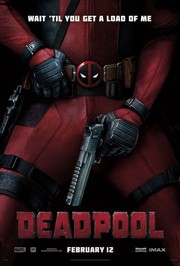 After the epic misfire that was Fantastic Four last year, Fox keeps its superhero dream alive with Deadpool — the first R-rated Marvel movie since 2008’s Punisher: War Zone. Ryan Reynolds stars in the role he was born to play: a profane, fourth wall-breaking antihero who’s on a revenge quest to save his fiancé (Morena Baccarin), while exploiting several characters borrowed from the X-Men universe. For those who aren’t immediately inured to the film’s blend of mega-violence and immature, pop culture-riddled jokes, critics say it’s worth sticking around to see how far Reynolds will go in a gleefully unhinged performance. 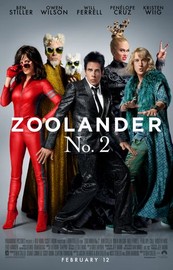 In 2001, a dimwitted male model named Derek Zoolander embarked on a mission to expose an international conspiracy, delivering a slew of quotable one-liners and inspiring a cult following along the way. Almost 15 years later, Ben Stiller (who also writes and directs) returns to the role for Zoolander 2, and critics say it’s unfortunately as vapid and scatterbrained as its hero. This time out, Derek and his former rival Hansel (Owen Wilson) are tapped by Interpol to investigate when a string of murders leaves the world’s most beautiful people dead. The pundits say Zoolander 2 offers a few laughs, but it largely plays like a collection of lazy, rehashed sketches peppered with countless celebrity cameos. 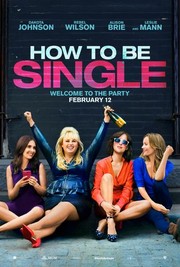 How to make a solid romantic comedy: assemble a likeable cast, craft a script with a few lines of sharp dialogue, and voila! Easy, right? Well, critics say How to Be Single is best when it lets its leads let loose with the girl talk, but it too often veers into overly predictable territory. After breaking up with her college boyfriend, Alice (Dakota Johnson) moves to New York, where she befriends Robin (Rebel Wilson), who instructs her in the ways of the single life. The pundits say Johnson and Wilson are terrific, and there are enough insightful, witty moments to make one wish the rest was better.

Full Frontal with Samantha Bee adds a female perspective to late-night TV – and one that’s fresh and funny enough to deserve more than just one show a week.

Vinyl doesn’t always keep the beat, dramatically speaking, but overall, it capably honors the rock pioneers of the 1970s with absorbing stories, a spot-on soundtrack, and rich period detail.