The star of Chappaquiddick talks about his love for Eddie Murphy and a Coen brothers classic.

Comedy Central’s The Daily Show has been fortunate enough to count some of contemporary comedy’s sharpest talents among its alumni, including Steve Carell, Stephen Colbert, Samantha Bee, Robs Riggle and Corddry, and Ed Helms, who stars alongside Jason Clarke and Kate Mara in this week’s Chappaquiddick. Yes, Chappaquiddick is a political thriller based on the real-life scandal in 1969 when senator Ted Kennedy drove his car off a bridge, swam to safety, and left his passenger, Mary Jo Kopechne, to drown, so it’s not exactly a barrel of laughs. But after a starring gig on NBC’s hit sitcom The Office and a string of popular comedies like the Hangover trilogy, Helms is looking to expand his horizons.

With Chappaquiddick opening in theaters today, Helms took some time to speak with RT about his Five Favorite Films, explaining how a Coen brothers classic helped him realize he wanted to be an actor and why he was obsessed with Eddie Murphy as a kid. Read on for the full list! 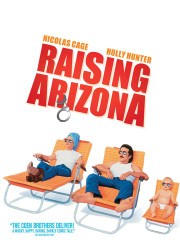 Raising Arizona. It’s definitely in the top five. I remember seeing that movie as a VHS rental when I was, I think, 12 years old. I’d just had an operation, and I was recovering at home, and my mom just went and got a bunch of movies, and that was one that I could not… I couldn’t even comprehend it the first time I saw it. It was so weird. It was so beautifully weird. At least from my perspective, I had never seen a comedy toned quite like that before, and I just loved it, and I couldn’t get enough of it, and I wound up just watching it over and over again.

It wasn’t just funny writing, it was funny looking. The acting is incredible, and the casting, the production design, the cinematography, the score… Carter Burwell, he wrote this haunting score that’s based on an old traditional tune, “Down in the Willow Garden”, which is this kind of haunting river ballad, and it’s the musical motif through the whole thing. It even plays during the diaper robbery scene in the convenience store. There’s like a Muzak version of that playing, and I caught all those little things. I was blown away by the specificity and the choices, and it was one of many movies that I kind of point to as being a moment that, for me, kind of stood out as, “Oh, this is what I want to do with my life.”

RT: You’re known to be a very musical person, and I’m wondering how young you were when that started, if you were able to pick up on those cues in Carter Burwell’s score at that age.

Yeah, it’s funny. Some of my first music acquisitions as a kid going to record stores were film scores. That and bluegrass albums. I can’t make sense of it either. No, but I always loved how much… Film scores are a very specific kind of composition, and the best film scores are so full of meaning and drama and anticipation, and they’re very powerful that way. They’re very evocative that way. I still listen to film scores when I’m in a creative space, trying to write or work on something, because it gets my wheels turning. It always just fuels my imagination. 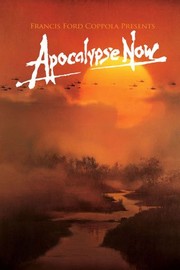 Going in a little different direction, Apocalypse Now is an unbelievable piece of cinema. Just the scale of the production and the performances. I feel like, narratively, it’s one of the… There’s a subgenre of Vietnam movies, obviously, and this one just feels so epic and operatic, in no small part because it uses Wagner’s Ring Cycle as the score for one of the great battle scenes. I don’t know, I can’t say enough about it.

And then, of course, seeing Hearts of Darkness, the documentary about it. That just made me love it even more, because you can see the creative depth that Coppola went to, the depth of his soul that he dug into to not just make the movie and keep it together, but to sort of fight for coherence in a chaotic production, and I love the discovery. I mean, clearly, when Brando showed up on set, it was such a disaster, because he didn’t know his lines and he was a hundred pounds overweight or something, and he basically refused to learn his lines. But then Coppola worked with what he had, and to me that is the most… He wound up with something genius and more coherent than what may have even been on the page originally.

There’s a quote by Orson Welles that the absence of limitations is the enemy of art, and I feel like Apocalypse Now is a kind of great tribute to that idea, because Coppola just faced so much adversity making the movie. Not just Coppola, the cast, the crew, everybody faced so much and dealt with so much and then created this transcendent piece of cinema that captures a dark piece of world conflict history and some very intimate stories of young people sucked into it, and then, of course, a meditation on the darkness of the human soul, which is an important thing to explore artistically from time to time. 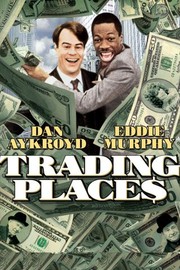 Trading Places. Like most people, I don’t love the ending of the movie on the train with the gorilla costume, but I feel like even with that, it’s still a nearly perfect movie. What is it about that movie? Well, there’s a few things. For starters, when I was a kid, I watched Saturday Night Live from a very young age. I was obsessed with Eddie Murphy, and I don’t know why. He captured my imagination. I loved his energy, and he was always such an uninhibited performer on Saturday Night Live, and then later in his movies. I feel like Trading Places is a phenomenal performance by Eddie Murphy as he goes through this kind of metamorphosis, but also, it’s just an insanely funny movie. This image of Dan Aykroyd in a Santa suit, pulling a salmon steak out of his suit, which he’s hid, and he hid a salmon steak in his suit and stole it and ran out in the street, starts eating it, and he’s pulling his Santa beard hair out of the fish while he’s eating it because it’s all getting mashed… It’s genius.

So, the physical comedy, the dialogue comedy is top-notch, but also, I think thematically it’s a piece of social satire that I’d love to see more of. I feel like it’s really what storytelling is at its best, where it’s kind of pointing out some social ills. In this case, it’s inequality, it’s corrupt influence, it’s corrupt power, it’s racial tension, racial disparity. It’s all baked into this hilarious comedy, and if you’re paying attention, you’re hopefully maybe learning a little something as well, or it’s just kind of seeping under the laughs, which is the best stuff.

Dan Aykroyd’s character kind of… His performance is so great because it goes from really broad and silly to ultimately very humble and human, and it’s kind of like he and Eddie Murphy are playing these characters that have really great arcs that sort of crisscross right in the middle, right? It gets weirdly poignant, and as soon as it’s poignant, then Clarence Beeks will throw someone down on the pavement and just this explosion of physical comedy, and you’re laughing again. 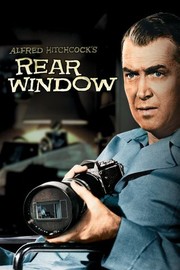 Rear Window. A little Hitchcock action. It’s just a hell of a good thriller. It’s so simple. It’s such a simple idea. It’s beautifully constructed as a story, and it’s Hitchcock at his best, where it’s kind of scary and building tension, but then also lots of laughs throughout the whole thing, lots of second guessing — Where are we, who’s right, who’s wrong? — and Jimmy Stewart is at his best. He’s wheelchair-bound with a giant cast on his leg, but it’s still one of his great physical performances. I just love how the tension builds and builds, and it’s a real kind of filmmaker’s film because the themes of voyeurism and projecting your own narrative onto things, I think, are baked into filmmaking as a form, and Hitchcock recognizes that and had a lot of fun with it, and I think we can all see ourselves in that a little bit. 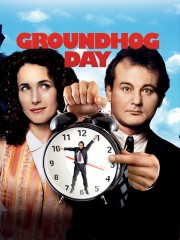 Groundhog Day. I can watch that movie just a million times and never get sick of it. There was a whole spate of movies around that time in the ’80s and ’90s where something magical would happen, and sort of screw over a protagonist in some way, and some of those devices were very corny and kitschy and didn’t work as well. Some of them just worked magnificently, and this one is one of those.

It’s just these sort of inexplicable moments where the universe is teaching this one guy a lesson, and they never explain how or why, but you don’t care, because it just kind of makes sense. And the way it unfolds, it’s sort of like it’s one of those things that, I think, if you tasked somebody with writing a story with that premise, where a guy wakes up every day in the same day and he has to relive it over and over again until he learns to be a good person, you’d be sort of overwhelmed, like how can I do that? Then you see this version of it, and you’re like, that’s the perfect way to do it. It’s like, “Oh, it’s so simple.” That’s a brilliant script, when it looks like there was no other way to do it, if that makes any sense. And the performances, everyone from Chris Elliott to Andie MacDowell to Punxsutawney Phil. I mean, they all nail it.

Ryan Fujitani for Rotten Tomatoes: I remember you first and foremost from The Daily Show, where your field correspondent segments were some of my favorite, and then, of course, there was The Office. I think most people know you for your comedic roles, and here you are in this dark, serious political thriller, and I’m wondering what that transition was like for you. Is this the path you always saw yourself ultimately pursuing in your career?

Ed Helms: Great question, and I think the answer is that, for so many years, I never really wanted to do much besides comedy. It’s really why I got into the show business in the first place, was a love of just abject silliness.

Helms: Well, thank you. It’s all I ever wanted to do for a long time, but somewhere along the line, I think some maturity started to creep in — and I’m very resentful of that, by the way — but you can’t help it. Life just kind of teaches you lessons, and I guess we all have to grow and mature in some way or another, but as a result, I’m much more open-minded about taking on different stories and roles. For me, the most important thing is just, is it gonna be a compelling story, and something that’s a role that I can sink my teeth into? And I just love this, and I really credit John Curran, the director, with sort of seeing me in this role, because he just was so enthusiastic about me from the get-go, and even more so than I was. I wasn’t sure I was right for it, but I saw it as a rather exciting challenge, and I did love the story, and I’m so proud of the result. I just love the movie, and I’d be thrilled to do more things like it. Like I said, I feel pretty genre-agnostic at this point, and I’m just here to chase the exciting roles and exciting stories.