The Hands of Stone star talks about the impossibility of love and why he prefers not to do on-set interviews during filming.

Though he made his Hollywood debut over a decade ago, Venezuelan actor Edgar Ramirez caught his big break when he earned widespread acclaim for his portrayal of real life terrorist Carlos the Jackal (aka Ilich Ramirez Sanchez) in the 2010 miniseries Carlos. Most recently, he appeared in David O. Russell’s Joy alongside Jennifer Lawrence and Robert De Niro, and in last year’s Point Break remake, he tackled the role originally made famous by Patrick Swayze.

This week, Ramirez reunites with De Niro for another true story, starring in Hands of Stone as Panamanian boxer Roberto Duran. He spoke to RT enthusiastically about his Five Favorite Films, noting that they were hard to pin down and that he could have continued well past the five he mentioned. Read on for the full list. 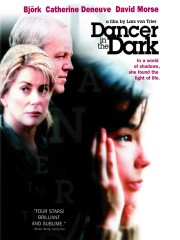 The first one that comes to mind is Dancer in the Dark. I was very moved by Bjork’s performance in the film. You know, how much can a person take? How much suffering can someone endure? Also, how storytelling saves you from pain. In the case of this movie, it was through her singing. She was making stories; the medium that she used was music, but it was storytelling through music. She found a refuge in music to deal with so much excruciating pain and isolation and despair. That movie really moves me because it’s so beautiful and it’s so painful at the same time. It’s really overwhelming. I love that film.

A lot of people find that film difficult to watch more than once. Is that the case for you?

I return to that film, and to that soundtrack. Actually, every time I watch it, I cry as if I’m watching it for the first time. It really breaks my heart, that film. It’s how poetry saves you from darkness and pain, which is a great metaphor for life in general. And the music is so beautiful, and the character of Selma, her pain is so palpable. And the movie deals with so many issues – not being in your country, being far away; dealing with feeling manipulated and deceived – so many issues. But beyond all that, it’s just the pure pain of the film, of the character. It’s really moving to me. 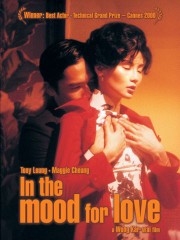 The next one that comes to mind is In the Mood for Love. It’s about the impossibility of love, how we get in the way of our own happiness. Again, it’s pure poetry. And Wong Kar-Wai is so stylized, but at the same time, so raw; there’s a rawness in the beauty. He’s a painter, but in his movies – and especially in this movie – beauty doesn’t equal gloss. It’s just pure beauty in the rawness of the emotions in the film. I really like him, and the actors – I love Maggie [Cheung] in the film; she’s so beautiful and so strong. 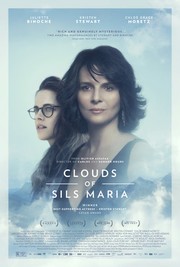 I really loved Clouds of Sils Maria. I just love Juliette [Binoche]. She’s a very close friend – we worked together on An Open Heart in France – but I think everybody was fantastic in this film. Kristen Stewart is fantastic in this film. I think it’s such an honest film. Of course, it’s very intellectual, but it’s very emotional at the same time. If you talk about this film with someone who hasn’t seen it, it’s very hard to say what the movie’s about. There’s so many layers to it. It’s how reality and fiction intertwine, and of course, that’s something I relate to because I’m an actor. So that’s a movie, I think, that really resonates a lot with people involved in what we do – writers, directors, actors. It’s like, when does it stop? Where’s the boundary?

Because here’s the thing: the thing is that you need to give something of yourself – you need to lose something – in order to gain something. I think there’s no creative process that goes without injuries and scratches and punches. You get beat up somehow, and that’s part of the commitment. You have to be open to that. You do your job, you do your homework, you open up, and then the camera captures the accident, and when there’s an accident, definitely there will be injuries. That’s what this movie makes me feel.

So what’s the boundary? Sometimes, in the middle of the process, you don’t really know. That’s why it’s so hard to speak about movies or your characters when you’re in the process. You know, for example, when they take camera crews or journalists to set, when I’m doing a movie, if it’s possible, I try not to do it. I try not to give interviews during that moment because I don’t really know what to say. I’m being it – you don’t have perspective, because you’re already this mixture; you’re mixed with your character, or at least, that’s my process.

I’m telling you this just to illustrate that boundary. You know, where does it begin, and where does it end? I get that from the interaction between Kristen and Juliette’s characters in the film. How much of themselves were they putting out there when they were rehearsing, you know? It’s fascinating, I think. Brilliant.

Wow, this movie… I mean, come on. Mads Mikkelsen and Thomas Vinterberg. It’s a very strong film. It’s about the doubt that lingers there. How can you really recover from something like that? And how can you really blame other people for doubting you after something like that? Because the thing is that, the way Thomas Vinterberg presents it, it’s agonizing because you know the truth as the audience, but there’s no way for the character to fully prove that. It’s a movie that makes you really uncomfortable. 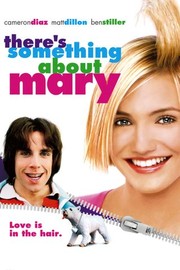 I love this film. It’s one of the most hilarious films I’ve ever seen. It’s fantastic, I love it. I love everything about the film. Cameron Diaz and Ben Stiller are so moving in the film. Ben Stiller is so fantastic – how many things can go wrong? I mean, it’s hilarious.

You know, I was going to say, your choices are all pretty heavy films.

No, no, no, I’m not a sad guy. It’s just the moral conflicts, you know? I’m very moved by sadness, yes, but also by bright and amazing happiness and goofiness.