Every year, the pundits will tell you that the Emmys are notoriously difficult to predict. And in 2015, with changes to the submission rules and voting procedures, it’s more of a crapshoot than ever.

Rotten Tomatoes has taken all of the Best Drama, Best Comedy, Best Limited Series, and Best TV Movie nominees and ranked them by our Tomatometer to show you which titles should take home the golden statue on Sunday — but it’ll be interesting to see how the awards actually shake out when the Primetime Emmys airs on September 20 on Fox. Stay updated on the winners here. 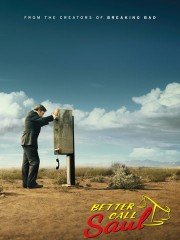 What It Is:  In a darkly comic prequel to Breaking Bad, Better Call Saul explores Saul Goodman’s beginnings as a criminal defense attorney in Albuquerque prior to his meeting Walter White.

What Critics Thought:  Better Call Saul is a quirky, dark character study that manages to stand on its own without being overshadowed by the series that spawned it. 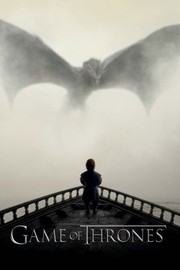 What It Is:  In season five, Daenerys Targaryen (Emilia Clark) becomes more powerful, Jon Snow (Kit Harington) is going through changes, and Arya Stark (Maisie Williams) still seeks revenge as noble families combat ancient evils — and each other — grappling to claim ownership of the Iron Throne.

What Critics Thought:  Bloody action and extreme power plays return full throttle as Game of Thrones enjoys a new-found liberation from the world of the source material, resulting in more unexpected thrills. 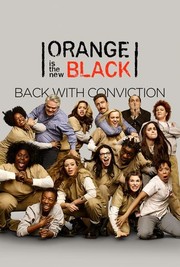 What It Is:  Season two of Orange Is the New Black finds Piper (Taylor Schilling) in a new place, while more details come into focus about the ladies of Litchfield and their pasts.

What Critics Thought:  Thanks to its blend of potent comedy and rich character work, Orange is the New Black remains a bittersweet pleasure in its third season. 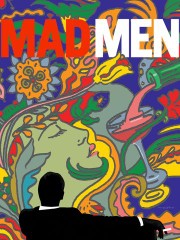 What It Is: The final season of Mad Men asks “Is that all there is?” as Sterling Cooper explores new business opportunities, Peggy (Elisabeth Moss) and Joan (Christina Hendricks) explore new love interests, and Don (Jon Hamm) explores a new life path.

What Critics Thought: Just in time to rekindle viewers’ interest, Mad Men gets back on track for one last season, revisiting its steady, deliberate pace and style on its way to a sure-to-be-compelling climax. 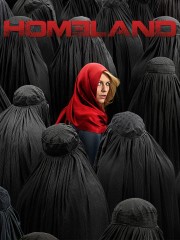 What It Is: Season four of Homeland finds Carrie Mathison (Claire Danes) working as a station chief in Kabul while her baby stays stateside.

What Critics Thought: Homeland is back on top, with a renewed energy and focus not seen since its first season.

What It Is:  Richard E. Grant and Anna Chancellor join the cast of season five of Downton Abbey, as the Crowley family and its variety of servants adapt to a new era after the general election in 1924.

What Critics Thought: Though it’s becoming increasingly soapy, Downton Abbey is still a beautiful show whose characters confront the ever-modernizing world with wit and style. 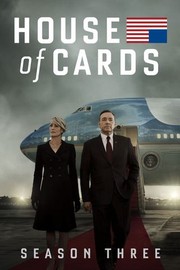 What It Is:  House of Cards season three picks up after the inauguration of Frank Underwood (Kevin Spacey), who attempts to run the country with his determined wife (Robin Wright) by his side.

What Critics Thought: Season three introduces intriguing new political and personal elements to Frank Underwood’s character, even if it feels like more of the same for some. 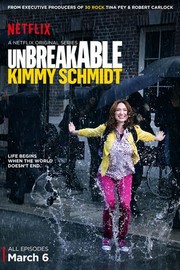 What It Is:  Ellie Kemper is Kimmy Schmidt, a woman rescued from an underground cult after 15 years, who restarts her life in New York City in this comedy from Tina Fey.

What Critics Thought: Blessed with originality and a spot-on performance from Ellie Kemper, The Unbreakable Kimmy Schmidt is as odd as it is hilarious. 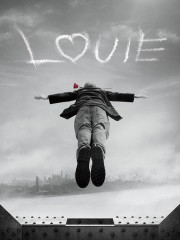 What It Is:  Season five of Louie has Louis CK in an open relationship, fighting with his brother, and dealing with his two daughters — all while trying to go on tour.

What Critics Thought:  A renewed focus on the show’s singular blend of sincerity and hilarity keep Louie at the top of its game. 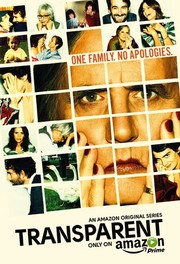 What It Is:  An already dysfunctional family is thrown for a huge loop when their patriarch (Jeffrey Tambor) reveals that he is transgender.

What Critics Thought:  As much about a change in television as it is about personal change, Transparent raises the bar for programming with sophistication and sincere dedication to the human journey, warts and all. 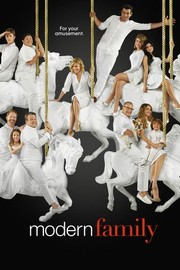 What It Is:  Season six finds the Pritchett-Dunphy clan settling down after honeymoon bliss and returning home to peeping toms, near-death experiences, and college applications.

What Critics Thought: Modern Family continues to stick to the tried-and-true formula that has kept it a top comedy series for six seasons. 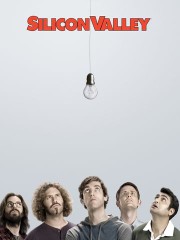 What It Is:  In season two of Silicon Valley, the Pied Piper team struggles with new bosses, financial woes, and the possibility of a hostile takeover.

What Critics Thought: Silicon Valley re-ups its comedy quotient with an episode that smooths out the rough edges left behind by the loss of a beloved cast member. 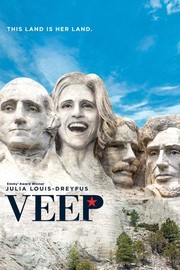 What It Is: Season four finds Selina Meyer (Julia Louis-Dreyfus) and her team of D.C. buffoons trying to make her temporary appointment as POTUS a permanent one.

What Critics Thought: Veep shows no signs of slowing down in its fourth season, thanks to sharp, funny, rapid-fire dialogue between POTUS and her hilariously incompetent staff. 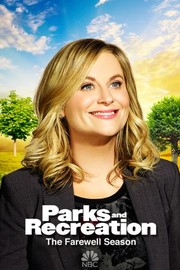 What It Is: The seventh season of Parks and Recreation flashes forward to see the futures of our favorite characters in the Pawnee office.

What Critics Thought: Parks and Recreation‘s final season ends the series on a high note, giving the characters we love the resolutions we would want for them. 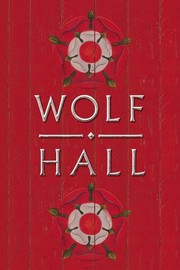 What It Is: Masterpiece adapts Hilary Mantel’s bestselling novels about Thomas Cromwell, an advisor in the court of Henry VIII played by Mark Rylance, and the rise and fall of Anne Boleyn. 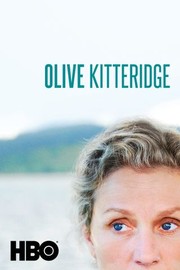 What It Is: HBO’s adaptation of Elizabeth Strout’s Pulitzer Prize-winning novel portrays life in small-town Maine over the course of 25 years as experiences by a math teacher portrayed by Frances McDormand. 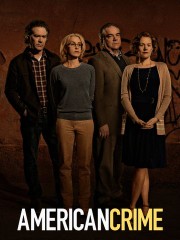 What It Is: A dramatic anthology series, American Crime portrays a single murder and the pain and change it inflicts upon those affected.

What Critics Thought: Raw, emotional portrayals of diverse characters in dire pain, mashed up with chilling narratives and a gutsy attitude make American Crime a must-see. 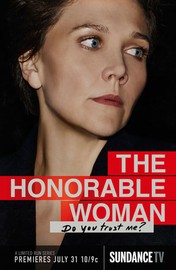 What It Is:  Maggie Gyllenhaal plays Nessa Stein, the daughter of an assassinated Israeli arms dealer, trying to right the wrongs of the family business’ past.

What Critics Thought: The Honorable Woman is a captivating spy thriller with a slow-burning narrative and an enthralling performance from Maggie Gyllenhaal. 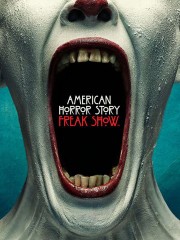 What It Is: The anthology’s fourth installment follows a troupe of sideshow performers in a small town, where something is preying on both the carnies and the residents who fear them.

What Critics Thought: Though it may turn off new viewers unaccustomed to its unabashed weirdness, Freak Show still brings the thrills, thanks to its reliably stylish presentation and game cast. 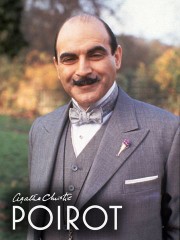 What Critics Thought: Agatha Christie’s Poirot is timeless, with fun, detailed mysteries that continue to delight in its final season. 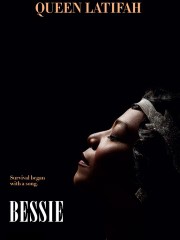 What It Is: Queen Latifah is Bessie Smith in HBO’s biopic about the late blues singer’s personal relationships and struggles within the rocky music industry.

What Critics Thought: Strong performances, led by Queen Latifah, overpower a middling script in the entertaining and informative Bessie. 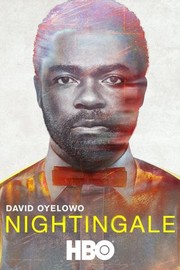 What It Is: Tragedy leads to mental anguish in this suspenseful drama that takes place inside a lonely war veteran’s mother’s home.

What Critics Thought: Nightingale serves up a breathtaking solo performance by David Oyelowo in a film served well by its modest cinematic style. 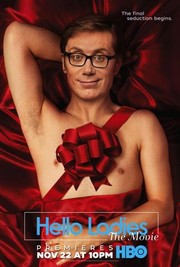 What It Is: The movie finale to the HBO comedy series, Hello Ladies, follows web designer Stuart (Stephen Merchant) as he obliviously pursues love in L.A.’s glamorous social scene.

What Critics Thought: Though fans of the TV series may be disappointed in the end result, Hello Ladies: The Movie is an enjoyable wrap-up to the short-lived show. 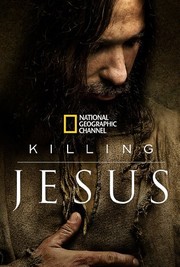 What It Is: Based on the book by Bill O’Reilly and Martin Dugard, Killing Jesus explores a fictionalized version of Jesus’ life.

What Critics Thought: Though the Killing Jesus filmmakers present an intelligent adaptation of the source material, it’s not enough to leave an emotional impression, aside from its sensationalized torture sequences. 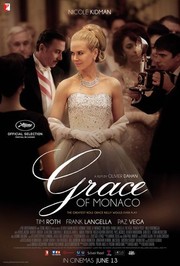 What Critics Thought: Beautifully shot but utterly vapid, Grace of Monaco fails to honor either its subject or its audience.

All 23 Marvel Movies In Order: How To Watch MCU Movies Chronologically