Think the zombie genre's stale? Check out these brainy, gory, and super-original recent flicks that have pushed the genre forward.

Every time a new zombie movie – or new season of The Walking Dead – comes out, cries of the death of creativity and the oversaturation of the genre start flooding in.

Though the days of George A. Romero may be gone, the zombie sub-genre has never been as popular as it is now, with new projects coming out constantly. Some are bound to be less than stellar, but if you look hard enough you can still find innovative and unique zombie movies that remind you why we’re still so fascinated with the undead.

To help you plan your Halloween watch-list with some spooky brain-eating ghouls that you may not have seen, we’ve put together a list highlighting 10 zombie movies from this decade that changed the game and showed there is still plenty of life left in the genre. 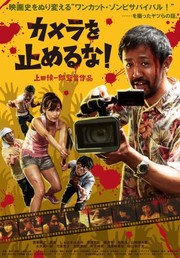 The Japanese horror-comedy sensation One Cut of the Dead is one of the biggest word-of-mouth phenomena since Paranormal Activity, picking up awards at every festival it played. Part zombie horror-comedy, part love letter to cinema and filmmakers in the same vein as Ed Wood, the film starts with a 30-minute one-take (hence the title) showing the making of an indie zombie film before evolving into a razor-sharp satire that puts everything that came before it in a new light. Critic Germain Lussier wrote for io9: “There are good movies, there are great movies, and then there are movies that deliver joy to every bone in your body. One Cut of the Dead is all of those and more.” You’ll want to gather as big a crowd as you can and see this movie at least twice to get all the little details that will have you laughing until your sides hurt.

One Cut of the Dead is available on Shudder. 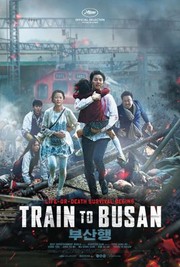 A father boards a train with his daughter. What he and the other passengers don’t know is that the zombie apocalypse is breaking out right as the train leaves the station, with the last passenger on board being infected. Train to Busan is not only one hell of an impressive live-action debut for Yeon Sang-ho – it’s a fast-paced, action-packed horror film in a claustrophobic location – but also knows when to pull on your heart strings. This is not one of those horror shows where you’re just impatiently waiting for the characters to get the death they deserve, but one where you dread watching your favorite character bite the dust. Dork Shelf’s Jason Gorber writes: “Far more than just a series of slaughterings, the film transports its audience through an emotional voyage that provides some deadly fun with emotionally charged drama.”

Train to Busan is available on Netflix. 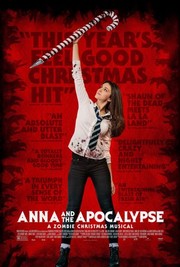 Sometimes all you need to know if a movie is for you is a description like “Scottish zombie Christmas high-school musical horror comedy.” Managing to not only be a funny and entertaining Halloween movie, but also a sweet and heartfelt Christmas movie, Anna And the Apocalypse has something for holiday fans of all stripes. With a cast that’s instantly likeable, joyous zombie gore, and a soundtrack you won’t get out of your head, this charming genre mash-up will sing and kill its way to your annual Christmas and Halloween watchlist. As Film School Rejects critic Rob Hunter puts it: “If you’re not smiling during this one, you’re probably an a**hole.”

Anna And The Apocalypse is available to rent and purchase on VOD. 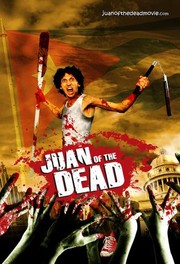 The zombie sub-genre has always been used for political commentary, from Romero’s Night of the Living Dead to Edgar Wright’s Shaun of the Dead. In 2012 we got a zombie film from an unlikely country that wasn’t just funny and gory, but a fantastic commentary on its complex politics: the Cuban zombie film Juan of the Dead. After Cuba is overrun with zombies, former petty thief Juan discovers he can make a decent living by starting a zombie-killing business. From there on, the film becomes a slapstick comedy with a big heart that also offers sharp insights into Cuban politics. J Hurtado wrote for ScreenAnarchy: “Polished and heartfelt, Juan brings a new voice in genre filmmaking from a land hamstrung by politics for decades.”

Juan of the Dead is available on Shudder. 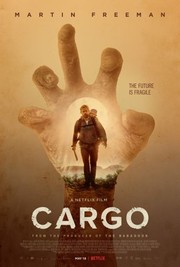 While many zombie films focus on an ensemble that has to face multitudes of flesh-eating ghouls, Yolanda Ramke and Ben Howling’s Cargo takes a more minimalistic approach. We follow Martin Freeman in what’s pretty much a one-man show as he has to take care of his infant child just as he discovers that he’s infected and has but a couple of days to live. Taking full advantage of its desolate and vast Australian setting and a career-redefining performance by Freeman, the movie manages to also offer riveting commentary on colonialism and even fracking. Cargo is a heartbreaking movie that will have you drowning in tears. Writing for Starburst, critic Paul Mount said: “It’s a movie about humanity, humility and determination when all is truly lost. It’s a tragic road movie with a wonderfully optimistic finale which will uplift you even as it tears you apart. Wonderful.”

Cargo is available on Netflix. 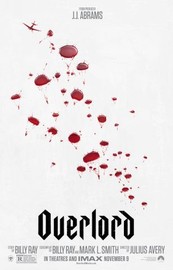 What if, when American paratroopers dropped into France on the eve of D-Day, they not only found Nazis, but zombies? Overlord is a throwback to B-movies of old. It’s like a ‘50s horror comic book brought to life via a gritty, slow-burn war movie that turns into a sci-fi horror splatterfest. It’s a lot. The movie, produced by J.J. Abrams, is sure to please fans of Re-Animator and anyone looking for some loud, ridiculous. and blood-soaked fun. As critic Leigh Monson wrote for Birth.Movies.Death: “Overlord is a loud, intense, Nazi-punching good time.”

Overlord is available to rent and purchase on VOD. 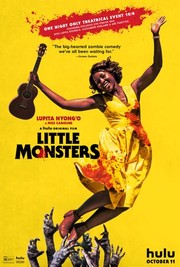 Many of us owe a lot of who are today to our teachers, and writer-director Abe Forsythe knows this. His zombie rom-com Little Monsters is a love letter to the great kindergarten teachers that keep us safe and teach us about the world, while at the same time delivering a raunchy, profane, gory, and all-out hilarious laugh fest that’s part R-rated horror-comedy and part The Magic Bus. Five years after winning her first Academy Award, Lupita Nyong’o shows she is a force to be reckoned with in one of the year’s standout roles (and combined with Us, further evidence she is a landmark scream queen). You’ll never listen to Taylor Swift the same way again. Collider’s critic Perri Nemiroff writes: “A delightfully crude, wild ride with a standout performance that continues to prove Lupita Nyong’o can do no wrong, and also serves as a nice reminder of the importance of a great teacher.”

Little Monsters is available on Hulu. 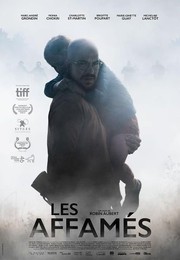 This is the first zombie film to be made not just in Quebec, Canada, but in the state’s regional language of Quebecois. Ravenous takes an all-too-familiar story – the group of survivors assembling and looking for shelter while being picked off one by one – and punctuates it with innovative new ideas. For one thing, these zombies seemingly build structures and communicate with each other. The result is an original and nuanced zombie arthouse film that’s as visually stunning as it is full of dread. Critic Heather Wixson writes for Daily Dead: “For as much as Aubert relies on familiar tropes here, he also brings some unique twists to the table for Les Affamés, and I’d be interested to see whatever he does next.”

Ravenous is available on Netflix. 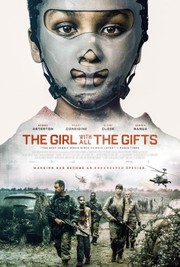 What if some kids could carry the zombie virus – and suffer from the craving for human flesh it inspires – but still remain seemingly regular kids? According to The Girl with All the Gifts, those kids would be kept in secret bunkers by the government and studied like lab rats. Aided by typically excellent work from Glenn Close and a breakthrough performance from newcomer Sennia Nanua, Gifts offers a captivating story of what it means to be human while still delivering the horror goods. Collider critic Haleigh Foutch writes: “The Girl with All the Gifts puts the audience back in touch with the scariest thing about zombies – that they are not monsters at all, just human beings altered by the unstoppable tide of nature’s will.”

The Girl with All the Gifts is available to rent and purchase on VOD. 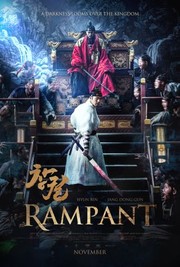 You’ve seen zombies in modern times and in WWII, but what about zombies in medieval Korea? If you’ve ever wanted to see Lord of the Rings-style epic battles with swords clashing and arrows flying over everyone’s head, but with flesh-eating zombies, Rampant is the film for you. With exquisite costume design and stunning choreography, this tale of a prodigal prince who must step up and defend his home from zombies is at times a prestige costume drama and at times a gorefest of biblical proportions. Houston Chronicle’s Cary Darling writes: “The swashbuckling, bloodthirsty South Korean film Rampant is a rollicking genre mash-up that’s what you might get if Hamlet were being chased by the undead for two hours.”

Rampant is available on Netflix.