Plus, Triple 9 is well acted but overstuffed, and Broad City is as funny as ever.

This week at the movies, we’ve got desert battles (Gods of Egypt, starring Gerard Butler and Nikolaj Coster-Waldau), a big city heist (Triple 9, starring Casey Affleck and Chiwetel Ejiofor), and winter games (Eddie the Eagle, starring Taron Egerton and Hugh Jackman) What do the critics have to say? 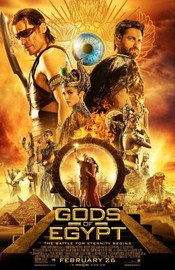 Months before its release, Gods of Egypt drew heat for its lily-white casting. However, critics say a lack of diversity is only one of its many problems, which also include bombastic performances, cheesy special effects, and a surfeit of unintentional laughs. Set (Gerard Butler) has violently claimed the throne and ruled despotically, so it’s up to Horus (Nikolaj Coster-Waldau) and Bek (Brenton Thwaites) to break his grip on power. The pundits say Gods of Egypt is a spectacularly misconceived would-be epic that might be more fun if it fully embraced its utter preposterousness. 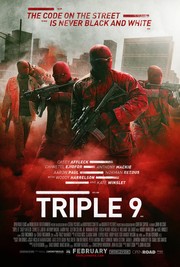 Star-studded it may be, but Triple 9 is pretty far from Ocean’s Eleven or Now You See Me territory. Critics say this violent crime drama delivers its share of pulpy thrills, but its plot is both overstuffed and predictable. A crew of ruthless thieves comprised of former soldiers and dirty cops are blackmailed by Russian mobsters into taking on a nearly impossible heist, and to succeed, they’ll need to create a major distraction — a 999, code for “officer down.” The pundits say Triple 9‘s top notch roster of acting talent (which includes Casey Affleck, Chiwetel Ejiofor, Anthony Mackie, Woody Harrelson, and Kate Winslet) helps to elevate this dark, occasionally brutal genre picture. 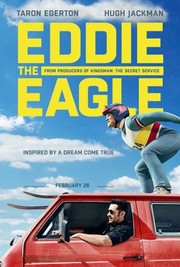 Die-hard sports fans will dimly remember Eddie “The Eagle” Edwards, the British ski jumper whose indomitable spirit and last place finish at the 1988 Winter Olympics made him a folk hero. The critics say Eddie the Eagle, a fictional retelling of Edwards’ story starring Taron Egerton in the title role, is an occasionally over-saccharine inspirational sports film that nonetheless succeeds on the basis of its infections charm and strong performances.

Broad City returns with another strong season of Jacobson and Glazer’s hilarious outlook on the struggles of NYC life.

Togetherness returns with its charm intact, though its compelling characters could stand to have a few more laughs.

Judd Apatow’s Love is an honest look at building a relationship, helped along by its two appealing leads.

6 TV Shows You Should Binge-Watch This August