Holmes & Watson Is a Clueless Comedy

Plus, Vice is flawed but intriguing and Destroyer is Certified Fresh.

This week at the movies, we’ve got daffy detectives (Holmes & Watson, starring Will Ferrell and John C. Reilly) and a ruthless veep (Vice, starring Christian Bale and Amy Adams). What are the critics saying? 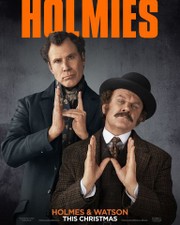 One of the most enduring literary characters of all time, Sherlock Holmes has been portrayed on stage, television, and film hundreds of times by dozens of actors, from Basil Rathbone to Robert Downey Jr. to Benedict Cumberbatch. With this week’s Holmes & Watson, Will Ferrell adds his name to the list, appearing opposite Step Brothers co-star John C. Reilly as the iconic duo, whose talents are enlisted to help prevent the assassination of the Queen of England. Unfortunately, critics almost unanimously agree that this comedic take on Sir Arthur Conan Doyle’s legendary sleuth is an unfortunate misfire that squanders the talents of all involved, including a supporting cast that includes Ralph Fiennes, Rebecca Hall, Kelly Macdonald, and Rob Brydon. There are far better comedies showcasing the chemistry between Ferrell and Reilly, and the unwieldy mix of anachronistic references and potty humor on display here do little to reinforce their on-screen legacy. 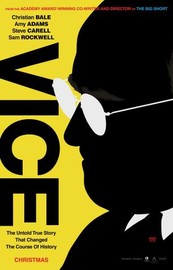 After directing a series of absurd comedies starring Will Ferrell like the Anchorman movies, Talladega Nights, and Step Brothers, Adam McKay took a soft turn into more adult territory with 2015’s The Big Short, an unusual and inventive look at the housing bubble that led to the 2008 financial crisis. This week marks the next step in his evolution, as he tackles the rise to power of former U.S. Vice President Dick Cheney with similar storytelling panache in Vice, starring Christian Bale as the enigmatic veep, Amy Adams as his wife Lynne, Steve Carell as Donald Rumsfeld, and Sam Rockwell as George W. Bush. Critics say McKay’s irreverent tone sometimes feels like a mismatch for the serious material the film covers, but it’s nevertheless an ambitious undertaking that’s made better by strong performances from its A-list cast — especially Bale, who disappears into the role under eerily spot-on makeup and more than a few extra pounds. While it may not be as incisive or amusing as The Big Short, Vice is still worth a watch for a glimpse into the life of a famously unknowable man.