Critics are calling Hustlers a thrilling, smart, and empowering crowdpleaser that plays like "Scorsese in stilettos."

It’s been a while since Jennifer Lopez has generated Oscar buzz, so the kind of praise we’re seeing for the actress out of the Toronto International Film Festival may surprising at first. But her performance in Hustlers (2019) 87% is the talk of the town following its premiere Saturday night. Fortunately, the movie itself is getting positive reviews overall, too. The first batch of reviews from the festival note that this crime drama, adapted from a New York magazine article about a group of NYC strippers with a more-than-entrepreneurial streak, is not what it looks like based on the advertising. Hustlers is a classic underdog story and an award season crowdpleaser through and through. Its inspirations are far more Scorsese than Showgirls.

Here’s what critics are saying about Hustlers:

Wow, so the movie is better than expected?

“Everything you’ve seen so far is what is known as a ‘cheat’ in the marketing business…[this] is much deeper than all that glitters on the surface.” – Gregory Ellwood, The Playlist

“Hustlers is a lot smarter than it initially looks.” – Stephen Whitty, Screen International

“Hustlers is never anything less than energetic, freight-train-fast, and impeccably plotted…it’s also a welcome twist on the crime thriller genre and the ripped-from-the-headlines, can-you-believe-this-is real drama.” – Kate Erbland, IndieWire

“There are so many immediate pleasures and vicarious thrills to be had in Hustlers, a giddy, gaudy blast of a movie.” – Benjamin Lee, Guardian

“An incisive commentary on women in the workplace…surprisingly enough, it shares cinematic DNA with the 1981 juggernaut 9 to 5.” – Beandrea July, Hollywood Reporter

“[It] does for a gang of New Yawk bad girls what Goodfellas did for the mob…adapted by writer-director Lorene Scafaria at her most Scorsese.” – Peter Debruge, Variety

“Hustlers is a crowdpleaser to its core.” – Hoai-Tran Bui, Slashfilm

“Many filmmakers will say their film tackles female empowerment, but few do the legwork to make [it] an integral and authentic part of the story. Scafaria accomplishes that.” – Gregory Ellwood, The Playlist

“This slyly feminist movie pushes empowerment, too; it’s a film about being in control, not losing it.” – Stephen Whitty, Screen International

“Scafaria validates her heroines from the start by focusing on them as women whose internal struggles and friendships with each other are far more interesting than their obvious physical allure.” – Beandrea July, Hollywood Reporter

“Hustlers represents an acrobatic celebration of unbridled femininity, in which liberated ladies take full advantage of the power they hold over men.” – Peter Debruge, Variety

“[Scafaria] re-contextualizes the way women’s bodies are looked at by almost completely ignoring the men in the room…Scafaria’s camera adopts the perspective of the women in the club, admiring the strength and athleticism of the work.”- Esther Zuckerman, Thrillist

“The film is so eager to double down on its messages of female empowerment that it ignores any of the seedy kitchen-sink realism that the beginning of the film gestures at.” – Hoai-Tran Bui, Slashfilm

“Not enough can be written about how stunning Lopez is in perhaps her best performance to date.” – Beandrea July, Hollywood Reporter

“It’s the sort of role that only a true movie star could pull off, so much of it reliant on a rare, intoxicating magnetism.” – Benjamin Lee, Guardian

“Yes, Lopez is THAT good.” – Anne Brodie, What She Said

“Awards attention would be deserved but a far greater result would be a more expansive set of roles in her future.” – Benjamin Lee, Guardian

“Scafaria assists by coaxing a performance out of Lopez that is so unexpectedly grounded and moving you’ll be walking out of the theater praying she doesn’t have to wait another 22 years to showcase her rich, dramatic talents again.” – Gregory Ellwood, The Playlist

How is the rest of the cast?

“[Lopez is] matched excellently by Wu…she wavers between wryness, exhaustion, and affinity for the person who becomes her business partner and close friend.” – Esther  Zuckerman, Thrillist

“Cardi B’s relegated to a few early scenes and then shuffled offstage for the remainder of its running time..but boy, does she own the screen when she’s on.” – Sara Stewart, New York Post

Does the movie have any problems?

“It runs out of steam early on…there is nobody to root for here, an issue that leads to checking one’s watch midway through the show. ” – Sara Stewart, New York Post

“A number of the narrative transitions are wonky, some characters feel a bit too disposable, there is one particular reshoot that is glaringly noticeable…” – Gregory Ellwood, The Playlist

“Scafaria’s script is missing some of the edges of her earlier films…this picture feels a little too polished, a little safe…” – Stephen Whitty, Screen International

Should we pop a bottle and make a night of it?

“This is a movie made to be experienced with an audience.” – Beandrea July, Hollywood Reporter

Hustlers premiered at the Toronto International Film Festival on September 7, 2019. It will be in theaters September 13, 2019. 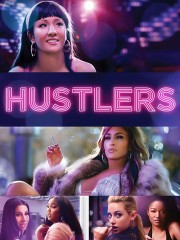 Michael Gandolfini on “Sensitivity and Nerdiness” of Young Tony Soprano

“Rotten Tomatoes Is Wrong” About… The Sopranos

Dopesick Creator Danny Strong: ‘This Is a Crime Story’