Independence Day: Resurgence Is More of the Same

Plus, Free State of Jones is well-meaning but uneven; The Shallows is nail-bitingly tense; and The Neon Demon is striking but shallow.

This week at the movies, we’ve got a war of the worlds (Independence Day: Resurgence, starring Liam Hemsworth and Jeff Goldblum), an armed revolt (Free State of Jones, starring Matthew McConaughey and Gugu Mbatha-Raw), a shark attack (The Shallows, starring Blake Lively and Oscar Jaenada), and the cutthroat world of fashion (The Neon Demon, starring Elle Fanning and Christina Hendricks). What do the critics have to say? 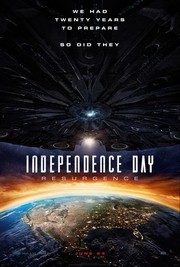 Roland Emmerich’s Independence Day was a lethally effective blast of sci-fi alien invasion thrills that redefined the summer blockbuster while launching Will Smith into full-on leading man status — and whetting its director’s appetite for decades of large-scale, CGI-enhanced cinematic destruction. He’s taken his time getting around to a sequel, but unfortunately, most reviews say the 20 years between chapters hasn’t done much in terms of seasoning the story; for better and for worse, Independence Day: Resurgence offers a straightforward second helping, and delivers essentially the same senses-rattling experience the director’s devotees have come to expect. It’s disappointing for those who wondered whether the passage of time (and the absence of Smith’s character) might add some genuine poignancy to the proceedings, but the critics are clear. If it’s alien invaders and global mayhem you’re after at the theater this weekend, Independence Day: Resurgence is clearly your best bet — just don’t expect more than high-energy spectacle 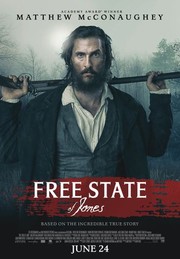 Writer-director Gary Ross has delivered a number of distinctive, critically lauded hits over the years, and his latest effort, Free State of Jones, seemed like a safe bet for another: with a fact-based storyline promising epic Civil War action and a cast list that included Matthew McConaughey, Gugu Mbatha-Raw, and Keri Russell, it beckoned on the release schedule as an oasis from the usual summer fare. Alas, critics say that while Jones clearly has its heart in the right place, the end result is a surprising misfire that reduces real-life southern secessionist Newt Knight to a line item in a well-meaning lecture. It’s a story worth telling, and all the ingredients are there, but the reviews warn against entering this Free State. 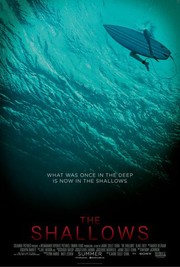 The Shallows stars Blake Lively as Nancy, a perky surfer who happens to be testing the waves at a secluded beach just as a hungry great white shark comes cruising by. It’s the type of setup that’s been used for many a bikini-clad ocean frightfest, often with less than compelling results — but the critics say this entry proves a happy exception to the genre rule, with tightly coiled thrills to match Lively’s strong central performance. The Shallows isn’t necessarily thought-provoking stuff, but as our British friends like to say, it does exactly what it says on the tin; if you’re in the mood to scream in the dark with strangers this weekend, check your local listings and proceed accordingly. 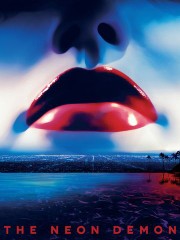 Like Zack Snyder without the yen for comic book adaptations, Nicolas Winding Refn has a singular eye for composition and detail — and a growing reputation for too rarely putting that gift to good use. The Neon Demon adds another chapter to Refn’s frustrating story, with critics lining up to praise its hauntingly vivid imagery while pointing out that it’s also a narrative mess. Elle Fanning stars as Jesse, an aspiring model who moves to L.A. and finds herself in a viper’s nest of bad behavior — but what exactly Refn’s trying to accomplish with her story is lost in a swirl of beautiful yet ultimately inscrutable style. Hardcore fans may find watching Demon worth the effort; for the rest of us, re-watching Drive might be a better investment.

Immersed in a unique megachurch setting, Greenleaf is a juicy family soap bolstered by a provocative spirituality.

American Gothic may not be striving for much, yet it holds promise as a soapy, campy family murder-mystery that’s ultimately just engaging enough.