Jack Reacher: Never Go Back Probably Shouldn't Have Gone Back

Plus, Ouija: Origin of Evil is a vastly superior sequel, Keeping Up with the Joneses is a dud, and Black Mirror is masterful dystopian storytelling.

This week at the movies, we have the return of Jack Reacher (Jack Reacher: Never Go Back, starring Tom Cruise and Cobie Smulders) a board game prequel (Ouija: Origin of Evil, starring Lulu Wilson and Elizabeth Reaser), a suburban spy comedy (Keeping Up with the Joneses, starring Zach Galifianakis and Isla Fisher), and Tyler Perry‘s latest drag (Boo! A Madea Halloween, starring Perry and Cassi Davis). What are the critics saying? 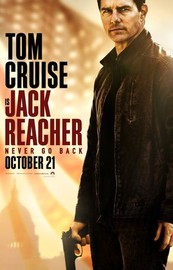 The first Jack Reacher wasn’t exactly a critical darling in 2012, but it had a slew of bestselling books just waiting to inspire sequels — and more importantly, a hefty enough worldwide gross to justify the expenditure — so Tom Cruise comes sprinting back into action this weekend with Jack Reacher: Never Go Back. Unsurprisingly, critics are even less enthused this time around, and reviews describe Reacher’s second big-screen outing about the way you’d expect; although Cruise remains an aggressively watchable presence and Cobie Smulders makes for a fine co-star, the boilerplate plot (and the absence of Werner Herzog, who played the first film’s villain) adds up to a sequel that struggles to (ahem) reach its predecessor’s rather low bar. See it if you’re itching for action this weekend, but temper your expectations accordingly. 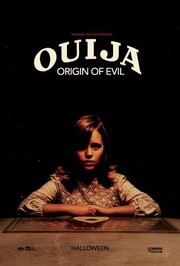 Speaking of sequels to movies that didn’t inspire much in the way of critical applause, here’s Ouija: Origin of Evil. The 2014 original racked up a pitiful 7 percent on the Tomatometer — but it also made more than $100 million against a budget of $5 million, so a follow-up was a foregone conclusion. Few might have guessed, however, the critical reversal of fortune enjoyed by this new installment, which is garnering some of the best reviews earned by any horror movie this year. Although a number of writers have pointed out that Origin of Evil isn’t anywhere near the scariest or most original movie in its genre, they’re just as quick to praise director Mike Flanagan (Oculus, Hush), whose skill helps make this not only better than its predecessor, but solidly entertaining in its own right. 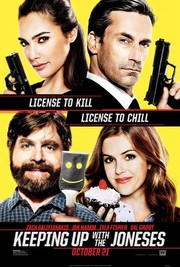 Are you an impassioned fan of Jon Hamm, Gal Gadot, Isla Fisher, or Zach Galifianakis? Have you ever stopped to consider the hilarity that might ensue if a couple of secret agents moved in next door to a pair of bored suburbanites? If you answered “yes” to either of those questions, then Keeping Up with the Joneses might be just the movie for you — but otherwise, the vast majority of critics are urging you to give this putative comedy a wide berth. Reviews say the cast gives it their all, but they’re consistently let down by Greg Mottola‘s listless direction and an uninspired script. If you’re in the mood to watch any or all of these stars, you’ll probably be far better served by queuing up one of their many superior efforts. 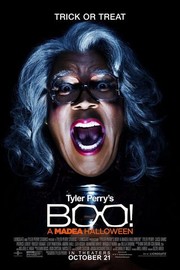 Last but not least, we have Boo! A Madea Halloween, writer-director Tyler Perry’s ninth outing as the titular tough matriarch. This time around, she’s apparently facing off against an array of paranormal entities — all while dealing with some juvenile delinquents. Unfortunately, because it wasn’t screened in advance, that’s all we can tell you… and you know what that means: it’s time to Guess the Tomatometer!

Black Mirror answers the call for a larger season with half a dozen solid episodes that prove Charlie Brooker remains a masterful dystopian storyteller.