Original American Pie sweetheart Jason Biggs once again emerged into the entertainment spotlight with his recent role on Netflix’s hit Orange is the New Black. Now, as the star of the film Amateur Night, he advances this progression with more of his natural, quirky comedic style. Rotten Tomatoes asked him what his favorite movies are and the diverse list contains some groovy, non-standard choices. Check it out here: 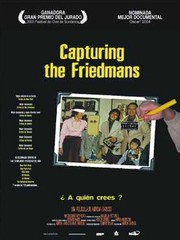 That movie is spectacular in so many ways. It has everything a documentary should have: unexpected twists, characters that are flawed and complex and crazy. And the story is told in a way that it feels like a compelling — almost fictional — narrative but its obviously as real as it gets. But there are times when you’re watching it and you just go, “Oh my God, did this really happen? Is this real?” I love documentaries and there are a lot of great ones. I’m a big Werner Herzog fan as well, and Errol Morris. 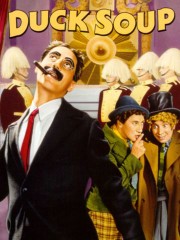 I’m a big Marx Brothers fan. And just picking one Marx Brothers film is difficult. But I’ll go with Duck Soup, which has four of the brothers in it –everyone except Gummo.  The one is the leader – there’s like a coup of this country called Freedonia – it’s just kind of out there. All the Marx Brothers movies are obviously ridiculous, and rely a lot on visual gags and sort of one-liners. But the comedy is so sort of pure. It is very sort of uncomplicated, simple, and cuts right to – you either like it or you don’t. I’m a little nervous about showing my son The Marx  Brothers because comedy has changed so much. And not for the worse — I think in a lot of ways for the better. There are circumstantial comedies… For me, some of my favorite comedy is much more subtle stuff. Stuff that is more situational and circumstantial and character driven than gag driven but this is just old school gag driven comedy and there’s something that’s just so great about that. And The Marx Brothers do it better than anyone. 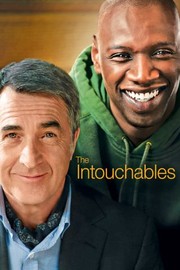 It’s a French movie, pretty recently that I just – and I’m not alone, it was, like, the biggest movie of the year around the world – but I just love it so much. It’s so great. It’s about a friendship between two guys: one who is a super rich guy who is a paraplegic and his caretaker, and the friendship that comes of that working relationship. It’s funny, it’s real, it’s sweet, it’s moving. I cried, l laughed — it’s just a brilliant film. And I’m not surprised it did as well as it did. It’s so good, it’s so good. 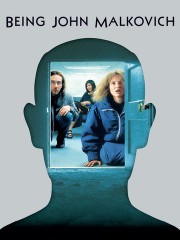 Charlie Kaufman wrote it. All of his movies I Love.  I have not seen a Charlie Kaufman film I didn’t love. And in the hands of the right director, you know – Spike Jonze, Michel Gondry — when you let them [work on] a Charlie Kaufman script, it’s cinematic magic. Being John Malkovich  was at a certain point in time in my life and it stood out against all the other noise that was happening in my life. It left an indelible impression on me and I still can revisit that movie anytime and watch it and enjoy it. 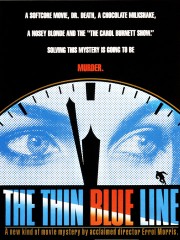 Another documentary. [Director Errol Morris has] got so many movies that I love and there are so many other documentaries that I love too. But The Thin Blue Line is interesting to choose right now because now there is a resurgence of true crime documentaries — a lot of them [are] series like Making a Murderer or The Jinx. But Thin Blue Line was kind of the original true crime documentary that really sort of made you question police tactics and I think anyone who’s into Making a Murderer or Serial or The Jinx — or any of these shows right now, and podcasts — and hasn’t seen Thin Blue Line should check that out. It’s just a well-made movie in general but it’s also a fascinating story of a crime that someone may or may not have done.