The First Cow director goes deep on the movies that informed her critically acclaimed new film, from a landmark Indian trilogy to an award-winning modern Italian classic.

Few filmmakers have a stamp as distinct as Kelly Reichardt‘s. The acclaimed director has been producing quietly devastating portraits of life on the economic margins of American society for the past 25 years; her films move quietly, slowly, centering on economic anxieties and reveling in the vistas of the American wild, whether on the frontier or in the country’s densest woods. For her latest, First Cow, she returns to the forest (echoes of Old Joy) and to the 19th Century (echoes of Meek’s Cutoff), adapting a portion of her co-screenwriter Jonathan Raymond’s novel, The Half Life.

As ever with Reichardt, the story is simple: It’s the Oregon Territory, and Chinese immigrant King Lu (Orion Lee) and traveling cook Cookie Figowitz (John Magaro) embark on a scheme to steal milk from a wealthy landowner’s cow in order to sell baked goods at market and save up enough money to rise above their station and pursue their dreams. But, as ever, the resonances are deep – the film’s imagery may be of docile cows and muddy paths and broke-down huts and silver pieces, but First Cow feels urgently of our time.

Ahead of the movie’s release, Reichardt spoke with Rotten Tomatoes about five films that were on her mind as she made First Cow, and which she feels are a piece with the new film’s look and feel, its characters, and its message. The movie will be digitally released Friday, July 10, 2020, giving people a new chance to see one of the most acclaimed films of the year.

Editor’s note: This interview took place before the Coronavirus outbreak and subsequent lockdown and was originally published ahead of the movie’s limited theatrical release. 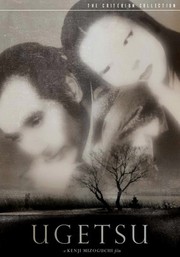 I mean the thing with Ugetsu, and the whole Apu Trilogy [discussed next], that I was really looking at when I was making First Cow, was that they are super low-to-the-ground films. You get to the ambition of the potter in Ugetsu, and the sort of dream sequences of it. I love the way it’s filmed, in the way the small villages are filmed, and the way you’re in this hutch all the time and everyone is super low-to-the-ground. I mean everyone’s sitting on the floor all the time and you’re wandering through these small towns and you’re inside these hutches, and I liked that Cookie [in First Cow] is sort of a down-to-the-ground guy – he’s a forager.

There are caste systems in both Ugetsu and the Apu Trilogy, and both of the protagonists are sort of at the bottom of the food chain and surviving hand-to-mouth. In the case of Ugetsu, I found that character relatable as far as King Lu [in First Cow] goes – he really wants to get a toe hold in the next level, and he’s very seduced by getting there; he just has kind of a narrow vision of like, “I’ve got to get to this place.” He also knows that he has to find a backdoor into it. And they’re all craftspeople in Ugetsu, and in First Cow Cookie is a cook and they’re constantly making things, and King Lu is sewing his slippers – it’s a life of just endless making of things because it’s how you’re surviving. 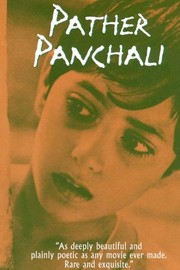 Ultimately, there is ambition in the Apu Trilogy – he’s leaving his village and he marries into a different class. But there’s also that incredible friendship that runs through the Apu Trilogy. I return to the Apu Trilogy constantly. I saw it first in art school and I felt overwhelmed by it; as someone coming from Miami and who hadn’t seen anything of the world, I was just like, India, it’s too much for me. But for some reason it really resonated and I have returned to it so often. I find Satyajit Ray’s filmmaking so lyrical and there’s a real economy to the way he shoots the film. It’s all just pans; there’s no kind of dual camera movement ever going on. [Cinematographer Christopher] Blauvelt and I had a similar rule, except for when we’re in the Chief Factor’s house, when there’s like this more expressive kind of filmmaking going on and it feels a little grander. We had this really economical way of shooting; people moving in the frame and we pan one way or the other. But there were no parallel moves happening at once. 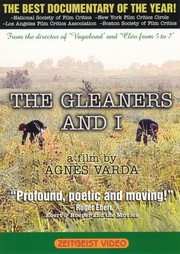 In Gleaners And I, what’s around you is what you survive on – it’s a kind of contemporary foraging that they’re doing. I thought of that, and Agnes [Varda, the director] was on my mind because, A) she passed away when I was making a film, and B) they brought back a print of Vagabond before I was shooting. I was in New York and I saw Lady Bird and the theater was packed and there was so much hype about Lady Bird at that time. Then I walked up and I saw Vagabond in this not-so-full theater and saw a print of it. I thought, “Oh my God, the inventiveness of that film and the sort of circular motion of it and how she just decides to let people talk to the camera at a point, even though she’s in this narrative!” Anyway, just her confidence to be so inventive with narrative form. She’s so inspiring. How she moved in and out of documentary and narrative and how her docs have such narrative threads in them and her narratives… she just opens the door, and it’s like, “OK, now you’re going to talk to these real people that aren’t actors,” and she is just very fluid between those two. I admire those things about her work so much. 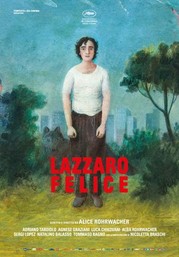 I hadn’t seen that movie when I made First Cow, but then I went to Cannes and was on the jury. I had just finished editing, and when I got back from Cannes, I was going to do my sound mix. I met Alice [Rohrwacher, director of Happy as Lazzaro] – she was on the jury with me – and so I watched her film before I went, and I love this film and I thought, “Oh my God, there are some similar things to First Cow as far as, like, Lazzaro wakes up in some other house and you don’t know how much time has passed…” I put that on my list because it was very important to me to let Alice know I found her so inspiring and great, and I felt a real simpatico with her filmmaking. It feels in the world of my memory of making First Cow. 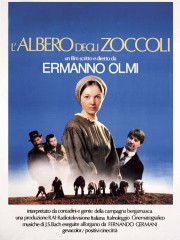 I was working on a film with another writer friend that didn’t happen. It was going to happen in Europe if it happened, and I had been scouting for it, and I saw this film when I was thinking about that movie, and that maybe kind of bled into First Cow. Suddenly First Cow did come together, and they were both in the same period, and they both were sort of films of peasants in their little hutches. [In Wooden Clogs], this is like a little community of workers who are working on the property of their landlord; the Chief Factor in First Cow isn’t really a property owner, but he’s more like the CEO of Firestone going to another continent and using all the resources; he’s holding this kind of power in the region. There were some thematic things, but again, it’s people in their little houses working all day – always sewing, fixing things, feeding the animals – and then around the candlelight at night telling stories and cooking in their fires and everything is very tactile. All the hay, the thatch roofs, the wooden floors, all those things – the chores, the chores, the chores.

Joel Meares for Rotten Tomatoes: We are seeing you return to the 19th century, to the early, early stages of this country. I’m wondering what is it that draws you to that period and interests you?

Well it was Jonathan Raymond’s novel, The Half Life, which has kind of been hovering around us, he and I, for a couple of decades, and we’ve been trying to think of how we could ever sort of get our arms around it, because the novel spans 40 years and there’s a ship ride to China and it’s this very big [story]. So part of it was that and that I had my head in this time period for this film that I ended up not making, and I had been sort of steeped in just some paintings from the 19th century, in images I didn’t really want to lose hold of. Some of it made its way into First Cow – things I had been living with for a while.

First Cow is available to rent or buy digitally from July 10, 2020. 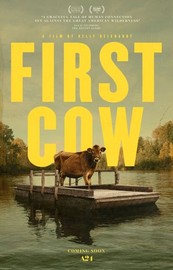