Plus, Going in Style is an unnecessary makeover, Brockmire is funny and compelling, and Your Name and Colossal are Certified Fresh.

This week at the movies, we have miniature woodland critters with the blues (Smurfs: The Lost Village, featuring the voices of Demi Lovato and Rainn Wilson), retirees with an axe to grind (Going in Style, starring Morgan Freeman, Michael Caine, and Alan Arkin), and a married couple at a religious crossroads (The Case for Christ, starring Mike Vogel and Erika Christensen). What are the critics saying? 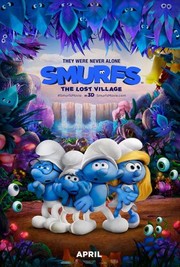 At this point, there are no surprises with the Smurfs — you’re either on board with the little blue creatures debuted by Belgian artist Peyo in 1958 or you find their antics insufferable, and never the twain shall meet. With that in mind, it’s worth noting that this weekend’s Smurfs: The Lost Village represents something of a departure from recent installments in the franchise, given that it’s an all-animation outing instead of the live-action/CGI hybrids of the previous trilogy, but the story remains substantially the same. On one side of the story, you’ve got the Smurfs happily smurfing along; on the other, you have their eternal nemesis, the wicked wizard Gargamel (voiced by Rainn Wilson). This adventure adds a few new narrative wrinkles, but as has been the case with recent Smurfs outings, critics aren’t impressed — whether it’s the rather mundane story or the middle-of-the-road animation, reviews identify no shortage of deficiencies for discerning family audiences. The next time you’re in urgent need of a cinematic babysitter, it might do in a pinch, but this Lost Village probably isn’t worth finding at a theater near you. 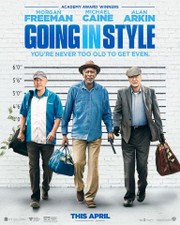 If a movie offers a brilliant cast a too-rare opportunity to shine — but still ends up being somewhat less than compelling — should it still be celebrated on some level? That’s the question facing critics this weekend with Going in Style, which puts veteran talents Alan Arkin, Michael Caine, Morgan Freeman, and Ann-Margaret back in the spotlight for a loose remake of the somewhat forgotten 1979 dramedy of the same name. Like the original, which starred George Burns, Art Carney, and Lee Strasberg, the plot finds a trio of retirees plotting a robbery — but this time around, instead of just looking for one last adventure, our protagonists are righteously ticked off after being cheated out of their pensions by unscrupulous bankers. There’s an opportunity to justify this remake with a fresh timely perspective, in other words; alas, critics say director Zach Braff leaves it on the table — along with just about everything else that might have made the movie more than a painless passing diversion. That being said, the opportunity to watch these old pros work together might make Going in Style worth a watch… if only to let Hollywood know there’s still a demand for its stars’ services. 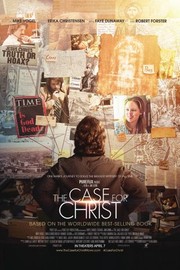 An Easter-season dramatization of the real-life marital/spiritual crisis that engulfed journalist Lee Strobel after his wife experienced a religious awakening, The Case for Christ (starring Mike Vogel and Erika Christensen as the Strobels) purports to tell the tale of his unexpected journey upon setting out to debunk Christianity once and for all. We’d love to tell you what the critics have to say about all this, but unfortunately, the movie didn’t screen for them ahead of time — and you know what that means. Guess the Tomatometer!

Brockmire insinuates itself as the series goes on, elevated by assured, compelling performances from Hank Azaria and Amanda Peet — and a raw humor all its own.

Prison Break recaptures some of its old urgency in its return, but familiar faces and frenetic action aren’t enough to make up for a plot that manages to bore while beggaring belief.

9 TV Shows You Should Binge-Watch This March