Comedian/actor/writer/director Mike Birbiglia is a multifaceted artist with a resume full of contemporary classics like Your Sister’s Sister, Sleepwalk with Me, a couple seasons of Orange is the New Black, and the weekly radio show This American Life. This week, he struts his stuff in the Certified Fresh Don’t Think Twice, about an improv comedy troupe and the laughs and heartbreak that comes with such a life. He shared with us his five favorite movies and we got a bit of insight into his highly creative brain. Check out the list: 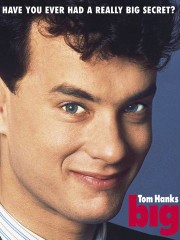 This film was my introduction to New York-based films and actually New York City at all. Once I saw this, I knew that I, too, would be destined for a penthouse Manhattan apartment with trampolines, pinball machines and bunk beds. The romance with Elizabeth Perkins is believable despite its high concept and just adorable and laugh-out-loud funny. It’s also heartbreaking, and makes me cry every time I’ve seen it. I’ve seen it 15 times. Actually, I cry quite a bit in general. 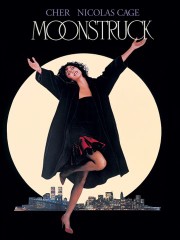 When I was a kid, I was allowed to watch Moonstruck despite my age because it was about Italians and it was important for the Birbiglias that I see Italian-American films. What sticks out for me is the smaller characters that highlight the larger themes. In the liquor store Cher‘s character visits, there’s a charming argument between a middle-aged couple. The wife says, “I see a wolf in you.” The husband responds, “You know what I see in you? The girl I married.” It’s those secondary characters that make that film really sing comedically — in addition, of course, to the hilarious and emotional Nic Cage and Cher. 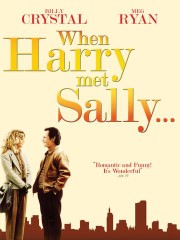 C’mon. Is every scene in this movie perfect? Yes. I could watch this movie over and over on a loop. Actually, I’m pretty sure they do that on cable. It plays quite a bit. Meg Ryan is nothing short of magical in this performance. And the time lapses are, for me, what make this film really work — because we truly believe that this oil-and-water couple will stay together and they ought to. I sure hope they do in the sequel: When Harry Stayed With Sally. 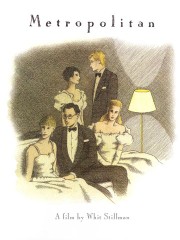 I saw this film in high school and I watch and re-watch it now like it’s an old friend. It’s about this very specific debutante culture in Manhattan, but because the protagonist is the outsider, we feel like it’s our movie, too. We’re the outsider who has a crush on the incredible, Molly Ringwald-esque Carolyn Farina. 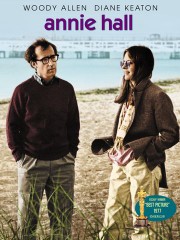 I saw this film in college when I was first studying screenwriting and starting out as a comic. It has forever been imprinted in my DNA. It’s funny, it’s emotional, and it’s unafraid. I was so struck when I saw it that it found the beauty in a breakup as opposed to wallowing in it. It also traffics in an area so specific — a neurotic, Jewish comedian — but yet it feels so universal. Woody Allen does this in all of his films of that period: Hannah and Her Sisters, Manhattan, Crimes and Misdemeanors. But this one truly makes me laugh the most and get choked up in the same moment. It also has the line that my wife repeats to me all the time, which is the mother’s line to the child Alvy when he asks what they’ll do about the universe expanding: “WHAT, IS THAT YOUR BUSINESS?!”