Mother's Day Is a Star-Studded Dud

Plus, season five of Veep and season six of Game of Thrones are Certified Fresh.

This week at the movies, we’ve got a whole bunch of moms (Mother’s Day, starring Jennifer Aniston and Julia Roberts), a stolen cat (Keanu, starring Keegan-Michael Key and Jordan Peele), unlikely space heroes (the animated video game adaptation Ratchet & Clank), and an imperiled punk band (Green Room, starring Patrick Stewart and Anton Yelchin). What do the critics have to say? 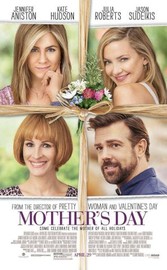 Pick a holiday, sign up a bunch of stars, and voila: you’ve got the formula for Garry Marshall’s last three directorial efforts. Critics say the latest, Mother’s Day, is about as middling as Valentine’s Day and New Year’s Eve, and for the same reasons: it’s a series of loosely connected, thinly plotted vignettes that leave its likeable cast (which includes Julia Roberts, Jennifer Aniston, Kate Hudson, and Jason Sudeikis) without much to do. 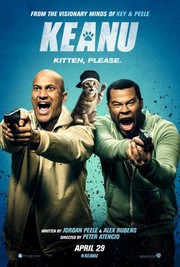 Keegan-Michael Key and Jordan Peele anchored a wildly popular sketch comedy TV series, and now they’re setting their sights on the big screen. Fortunately, critics say that Keanu, in which the duo play regular guys who adopt gangster identities to retrieve a stolen kitten, is an entertaining showcase for their winning chemistry and knack for incisive satire. 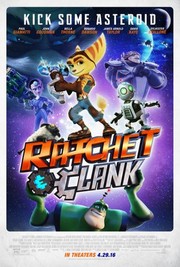 Video games can be a source of rich storytelling, but that rarely translates to the medium’s various film adaptations. Based on a popular PlayStation franchise about a cat-like alien and a sentient robot teaming up to save the galaxy, this week’s Ratchet & Clank seems unlikely to buck the trend, as critics say its bright visuals and silly gags may entertain the youngsters, but there’s far too little to keep anyone older engaged. 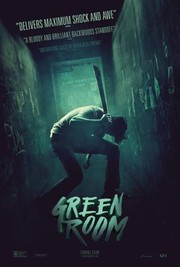 Blue Ruin, director Jeremy Saulnier’s breakout film, was a shocking revenge thriller with an impeccable sense of artistry. Now he’s back with Green Room, and critics say this wild, gleefully nasty thriller about a punk band that runs afoul of a racist club owner after witnessing a murder is profoundly suspenseful and boasts outstanding performances from Patrick Stewart, Anton Yelchin, and Imogen Poots.

Silicon Valley‘s satirical take on the follies of the tech industry is sharper than ever in this very funny third season.

Thanks to the spot-on comedic prowess of Julia Louis-Dreyfus and company Veep is back with as many laughs and expletive-filled absurdities as ever.

Bloody and captivating as always, Game of Thrones plunges back into the midst of a world touched by grief, dread, and precarious sexuality.