Plus, Smallfoot is a pleasant surprise, Little Women fails to set itself apart, and The Old Man & the Gun is Certified Fresh.

This weekend at the movies, we have education after dark (Night School, starring Kevin Hart and Tiffany Haddish), not large ladies (Little Women, starring Lea Thompson), an abominable singing snowman (Smallfoot, featuring the voices of Channing Tatum and Common), and a horror-ble Halloween (Hell Fest, starring Amy Forsyth and Reign Edwards). What are the critics saying? 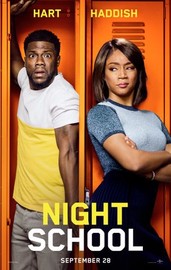 Being funny often seems like it comes naturally to certain people, but making great comedy is deceptively difficult, and what looks like surefire hilarity on paper — like, for instance, teaming up two of Hollywood’s biggest laugh-getters — often adds up to a disappointing dud. Comedy is more like alchemy than addition, and as our latest example, here’s Night School, starring Tiffany Haddish and Kevin Hart in the ostensibly humorous story of a high school dropout who belatedly goes back to get his GED after his life is turned upside down. Both stars are very funny, with hit comedies to prove it; unfortunately, critics say School‘s scattered screenplay is more of a collection of set pieces than an actual story, and without any real investment in the characters, the chuckles are tough to come by. Of course with all this talent in one place, sparks are bound to fly on at least a couple of occasions, and Haddish and Hart are ably supported by a talented ensemble that includes Taran Killam, Mary Lynn Rajskub, and Rob Riggle; it’s just that it doesn’t add up to much more than a movie that leaves you wishing these stars had been brought together for a comedy that wasn’t (ahem) strictly remedial. 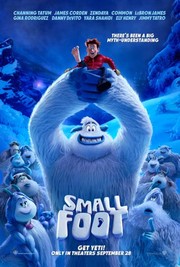 For a guy whose marquee idol looks could have easily led him down a far less interesting path, Channing Tatum has consistently demonstrated an admirable willingness to try just about anything onscreen, along with an impressive ability to jump from acclaimed lower-profile releases to mainstream hits. He’s at it again with this weekend’s Smallfoot, an animated outing about a yeti whose discovery of a human ends up throwing his community into upheaval. Rounded out by supporting work from Common, LeBron James, Zendaya, and Danny DeVito, this family-friendly feature — did we mention it’s also a musical? — might look pretty odd on paper, but critics say it’s actually well worth seeking out for families in the mood for a fun night out at the movies. If the results still end up falling a bit shy of the bar set by some of Warner Bros. Animation’s more illustrious competitors, audiences can still expect a solidly entertaining adventure for younger viewers — and all of us can clearly still expect the unexpected from Mr. Tatum. 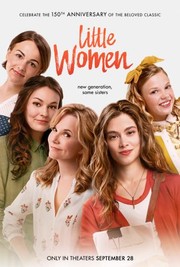 Hollywood certainly seems to have gotten a lot more remake-prone in recent years, but as film buffs are fully aware, studios have been dipping into the vaults for properties to revisit pretty much all along — and as a result, certain stories have been filmed more times than most of us can count. No, we aren’t talking about A Star Is Born — not yet, anyway. Instead, this is all leading up to the latest Little Women, which adapts the classic Louisa May Alcott novel by bringing the plot into the present. It’s a somewhat novel twist for an oft-told tale, and it isn’t hard to root for any picture that gives Lea Thompson a leading role; unfortunately, critics say none of it goes far enough to justify this particular version of a story many people have already seen. Reviews describe a movie whose sincerity is admirable and whose themes remain as resonant as ever, but one that’s also ultimately more of a creative exhuming than a fresh spin. It’s a bummer for fans of heartfelt female-centric drama, but on the bright side, there are plenty of other Little Women to watch already — and Greta Gerwig is bringing yet another one to audiences next year. 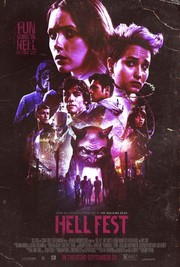 A man, a plan, a… carnival full of screaming teens? For a number of film fans, these are all the basic ingredients you need for a killer horror movie, and this weekend’s Hell Fest has them all present and accounted for. Directed by Gregory Plotkin, whose genre bona fides include helming Paranormal Activity: The Ghost Dimension and editing Get Out, this slasher outing imagines the inevitably gory chaos that might unravel if a serial killer decided to indulge his darkest desires at a Halloween theme park. It’s a slick enough setup, and it’s undeniably promising that the cast includes Candyman and Final Destination vet Tony Todd, but as for the actual movie itself, we still don’t have a verdict, because Hell Fest didn’t screen for critics. While we wait for those reviews to start coming in, lay your best guesses on us with a round of Guess the Tomatometer.