Now You See Me 2 Is all Smoke and Mirrors

Plus, Warcraft is a disappointing fantasy, and The Conjuring 2 is a spooky sequel.

This week at the movies, we’ve got rogue magicians (Now You See Me 2, starring Jesse Eisenberg and Mark Ruffalo), a Horde of Orcs (Warcraft, starring Ben Foster and Paula Patton), and paranormal investigators (The Conjuring 2, starring Vera Farmiga and Patrick Wilson). What do the critics have to say? 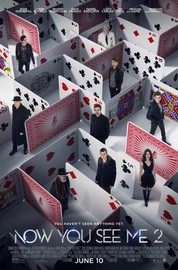 Now You See Me didn’t exactly inspire critical adulation when it arrived in theaters in 2013, but it made a lot of money — so now we have Now You See Me 2, which reunites most of the original’s showy cast while adding a few new faces for another magical heist filled with twists, turns, and double-crosses. The problem, according to most critics, is the same one that dogged the original — namely, that the movie is more interested in giving the appearance of a busy caper than actually making sense. If it’s a talented onscreen assemblage you’re after, Now You See Me 2 offers this weekend’s biggest bang for your buck, but for genuine cinematic magic, the pundits suggest looking elsewhere. 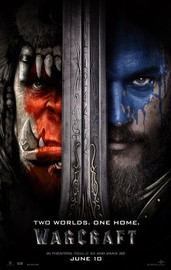 It isn’t often that the critical establishment even bothers to feign interest in a video game adaptation — but then, most video game adaptations don’t have Warcraft‘s pedigree. With director Duncan Jones at the helm, this fantasy saga threatened to deliver more than just another exercise in franchise-building; alas, instead of offering filmgoers an experience as enchanting as its source material, critics say the Warcraft movie is a hollow shell of CGI eye candy with a narrative void at its center. Although Jones gets credit for assembling an impressive visual spectacle, his efforts aren’t enough to compensate for subpar acting, dense mythology, and a plodding plot — and in the end, Warcraft is one more in a long line of game-to-film journeys ending with a critical walk of shame. 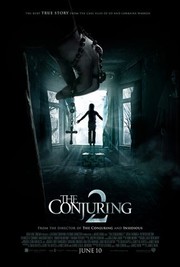 Director James Wan gave horror enthusiasts a Certified Fresh surprise with 2013’s The Conjuring, which used chilling restraint to tell a terrifically creepy tale drawn from the archives of real-life paranormal investigators Ed and Lorraine Warren. More than $300 million later, Wan is back — along with stars Patrick Wilson and Vera Farmiga — to offer another dramatization of the Warrens’ ghostbusting exploits. Although most critics can’t help but point out that this stuff isn’t quite as scary the second time around, they’re also quick to admit that Wan remains a deft genre filmmaker, and while The Conjuring 2 is subject to the laws of diminishing returns suggested by its title, it’s still got its share of suitably nasty scares.

A cut above average summer fare, Outcast provides the genuine chills one should — but often can’t — expect from television horror.

Maya & Marty is a safer, weekday version of Saturday Night Live with little to recommend it other than Maya Rudolph and Martin Short‘s admittedly considerable charms.

The 25 Scariest Movie Scenes of All Time