Plus, Hotel Artemis is moderately thrilling, Marvel's Cloak & Dagger is fresh and inventive, and Hereditary, Won't You Be My Neighbor?, Pose season 1, and Succession season 1 are all Certified Fresh.

This weekend at the movies, we have a haute heist (Ocean’s 8, starring Sandra Bullock and Cate Blanchett), a haunted household (Hereditary, starring Toni Collette and Alex Wolff), and a hard-hitting hospital (Hotel Artemis, starring Jodie Foster and Sterling K. Brown). What are the critics saying? 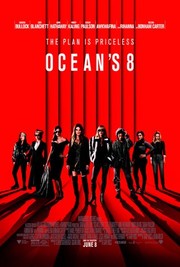 As far as gimmicks for rejuvenating a franchise go, flipping the gender of the main cast has to rank among the simplest. Yet it can also be pretty effective under the right circumstances — like, say, when you’re trying to squeeze a spinoff out of a film series that has traditionally reveled in the glamorous machismo of an all-male ensemble. For proof, observe Ocean’s 8, starring Sandra Bullock as Debbie Ocean, estranged sister of heist-lovin’ Danny (George Clooney), whose exploits fueled the Steven Soderbergh-directed Ocean’s remake trilogy. Turns out targeting wealthy marks runs in the family, and so does rounding up partners in crime who are as dazzlingly charming as they are morally flexible: Debbie’s got her eye on a $150 million necklace at the Met Gala, and she knows just the crew to help her rip it off. As the title implies, it’s an eight-woman team, and it puts Bullock in pretty good company: Awkafina, Cate Blanchett, Helena Bonham Carter, Anne Hathaway, Mindy Kaling, Sarah Paulson, and Rihanna round out the cast. Critics say they’re all put to solidly entertaining use in this light caper; as with the more recent Ocean’s installments, all that star power — and the charisma of the stars — is often enough to carry the movie even when the plot isn’t as dazzlingly smart as it thinks. If it doesn’t quite reach the fizzy heights of the last trilogy’s best moments, this still looks like a perfectly entertaining time at the movies, and one that gives an oft-used formula a welcome — albeit simple — twist. 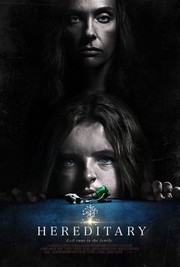 Family! Can’t live with ’em, can’t live with… the terrifying supernatural curses unleashed when they die. Debuting writer-director Ari Aster explores this eternal tension in Hereditary, starring Toni Collette as a woman whose home life takes an extreme turn for the worse after her mother passes away, sparking an exploration into the family’s past that turns up all sorts of unpleasant information — not to mention some unwanted encounters with what appears to be the darkest, nastiest corners of the great beyond. Horror fans have been gifted with a succession of great new entries in the genre over the last few years, but even by those elevated standards, critics say Hereditary is something special — a movie that’s strong enough to not only rattle your cage and leave you sleeping with the lights on, but tell a story that’s truly, upsettingly powerful on an emotional level. It certainly isn’t for the faint of heart, but if you’re in the mood to be frightened, hurry up and check your local listings. 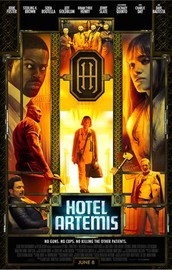 There’s nothing quite like the fun of watching a piece of well-made genre pulp, and on paper, this weekend’s Hotel Artemis — which imagines a near-future Los Angeles containing a secret hospital for dangerous criminals — would certainly seem to fit the bill. Aside from a John Wick-adjacent premise that includes powerful secret societies operating outside the law, it arrives packing some serious acting heat: Jodie Foster plays the nurse who runs the titular institution, and she’s joined in the cast by an impressive array of talent that includes Jeff Goldblum, Sofia Boutella, Jenny Slate, and fast-emerging TV breakouts Sterling K. Brown and Bryan Tyree Henry. Top all that off with a script from Iron Man 3 and Mission Impossible: Rogue Nation vet Drew Pearce — making his feature directorial debut — and you’ve got the makings of a hard-hitting good time at the movies. Critics say that’s more or less what Hotel Artemis delivers, and although it doesn’t exactly punch above its weight in terms of originality or impact given that intriguing pedigree, Wick fans and those who miss the John Carpenter of the ’80s should still find it worth the price of a ticket.

Cloak & Dagger blends soapy drama with superhero grit to create an exciting, surprisingly thoughtful addition to the genre — even if it falls prey to a certain amount of narrative bloat.

The spectacle of rich people behaving badly makes Succession entertaining, but only up to a point.