Series creator Katori Hall and lead Brandee Evans want to tell the story of strippers through the female gaze.

After performing show-stopping routines all night, she is also sore and tired.

Starz series P-Valley centers on exotic dancers in the swampy Mississippi Delta, and — make no mistake — nudity and sex scenes definitely occur. But the show is less about tantalizing and twerking and more about the talented (and often voiceless) women who work hard to make it look like they can fulfill sexual fantasies while barely breaking a sweat.

And it’s getting rave reviews for its efforts.

“P-Valley blends the profane, the sacred, and the politics of the almighty dollar to tell engrossing stories about Black women on the margins who use their bodies to keep families and communities afloat. It’s also one of the year’s best new shows,” TV Guide’s Malcolm Venable wrote about the first season, which is currently Fresh on the Tomatometer at 100% with 10 reviews.

Series creator Katori Hall told Rotten Tomatoes that one of the intentions of her show was to explore the female gaze.

“We have inherited this huge box of hyper-sexualized images of women,” said Hall, who made a point of only hiring female directors for the eight-episode first season. But on P-Valley, Hall said, “we were just adamant that all sexuality was going to be in service to plot, and it was always going to be a reflection of characters in the world.”

Hall adapted the drama from her play, P—y Valley, which uses the missing letters of that title. The show’s opening credits also show the full title, but Hall said that they are officially using this “little, clean nickname” because that will make it easier for things like billboards and TV listings. Hall developed the play’s story by conducting research and interviews in visits to more than 40 strip clubs over a span of six years. She met the female performers and was able to “really get behind the scenes with them — not only at the club, but [be] really interested in their lives. I’ve met their husbands, their sons, their daughters, and really got to know them on an intimate level.”

The opening credits song, which Hall wrote with Memphis rapper Jucee Froot — and which Froot performs — includes taunting lines like “we make falling on the sky look easy,” but also “green on the floor/money talk/can you hear me?”

The show features a predominately Black cast, which is authentic to what Hall experienced in these clubs during her research, but may look different to viewers in other parts of the world.

Series star Evans explained: “On P-Valley, we’re showing you the Southern style; we’re showing you the Black experience in the South. So you’re going to hear people say ‘that’s not how we are’ and that’s OK. But that’s how this is. In the South. In the Black club. This is what’s truly going on, and I hope that you look beyond the ladies on the pole and on the stage and go, ‘What’s in their heart?’”

Beyond the dancing, a mysterious new girl, Autumn Night (Elarica Johnson) joins The Pynk’s ranks, and another plot involves talk of a shady corporate takeover. An LGBTQIA love story centers on Nicco Annan’s Uncle Clifford, the Pynk’s madam who identifies as gender fluid, uses “she/her” pronouns, and knows how to rock some eyeliner and heels. This character could easily have become a stereotype with one false step, but Hall said she and the other writers made a point of grounding her by showing how she reacts in various environments — be it as a mom, a pimp, a savvy business person, or simply a comforting friend.

“It’s this very kaleidoscopic lens that we’re viewing this character from,” she said. “That’s why Uncle Clifford feels like this fully fleshed-out human being instead of this walking stereotype with the hair and nails. We actually see when the hair and nails come off.”

Uncle Clifford is just one of many ways the show is fighting preconceived prejudices – and not just from potential audiences. Although star Evans taught a dance class called Hip Hop in Heels, which was meant to help inspire confidence in its women attendees, she told Rotten Tomatoes that exotic dancing was a whole other matter, and she had to learn to twerk for the part. She eventually did almost all of her own stunts and dances in the show.

Evans is also a preacher’s daughter from Memphis. She remembers tentatively telling the wife of her current pastor about the part, worried she’d be shunned by her community. Instead, the other woman excitedly asked for the show’s time and channel.

Evans’ Mercedes, however, does not have such a positive experience with the church. P-Valley discusses the character’s relationship with her mother, Patrice (Harriett D. Foy), who has found Jesus in her later years. Patrice dreams of her turn at the pulpit, just as Mercedes dreams of leaving the pole behind to open a gym where she can build out her other business as a cheerleading coach. Although the two women do not see eye-to-eye, P-Valley argues that they have a similar ability to hustle.

“The church is held up because it is this patriarchal system, and the fact that you have this woman who really wants to have her own business and be on her pulpit,” Hall explained. “Juxtapose that with Mercedes. She wants to be with her own studio; on her own stage. They’re actually striving for the same thing, just in two completely different worlds.”

Hall added that though many women have to struggle to break into most arenas, “this show really demonstrates that you can be a woman of high moral regard in one space, but you’re still gonna struggle as much, if not more than, the woman that you look down upon.”

Stories of exotic dancers have long struggled for legitimacy. The 1995 film Showgirls is heralded for its camp, and 1998’s The Players Club is frequently left out of the conversation all together. The Jennifer Lopez–starring 2019 film Hustlers is Certified Fresh on the Tomatometer, but neither she nor others involved with the film received any Oscar nominations as many had predicted.

The public has also been fascinated by the rise of musician Cardi B, a former stripper who Hall followed during her days in the clubs. The series creator describes her as “one of the queens of rap now.”

“Without Cardi B, you just continue to think of the women as objects,” Hall said. “But when she ascended to her rightful throne, I think it really showed that there is a way out of this world and that the women who end up passing through are complicated … I think this is a very powerful message to society. Oftentimes, this this space is used as a as a stepping stone and it has led to a lot of financial freedom.” 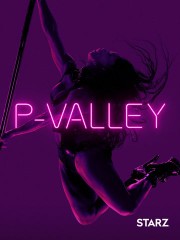