Plus, The Looming Tower and season 2 of Atlanta are Certified Fresh on TV, and guess Death Wish's Tomatometer.

This weekend at the movies, we have Jennifer Lawrence as a dancer turned Russian spy (Red Sparrow, co-starring Joel Edgerton) and Bruce Willis gunning for vengeance (Death Wish, co-starring Vincent D’Onofrio). What are the critics saying? 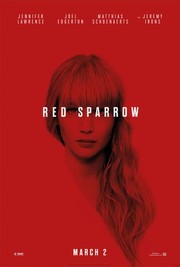 Director Francis Lawrence and Hollywood superstar Jennifer Lawrence aren’t related, but they work so well together that they might as well be. The duo united for the final three installments in the Hunger Games film franchise, which racked up billions at the box office while proving that its Oscar-winning star could handle action thriller set pieces just as capably as she shouldered dramatic material. It’s a combination that’s being put to the test again with this weekend’s Red Sparrow, based on the Jason Matthews novel about a Russian spy (Jennifer Lawrence) whose assignment puts her in the path of a CIA op (Joel Edgerton) — and leaves her struggling over whether she’s really fighting for the good guys. It’s got all the ingredients for a thrillingly topical globetrotting adventure, which might be part of why critics say the end result is something of a disappointment; while Lawrence the director remains a proficient helmsman and Lawrence the star is just as magnetic as ever, the story never manages to follow through on its intriguing themes. It’s always a pleasure to see J-Law kicking butt on the big screen — just don’t expect Red Sparrow to leave much more than a stylish peck of an impression. 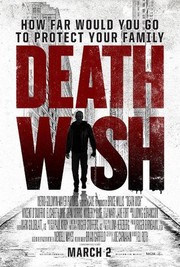 He’ll always be arguably best remembered as an action star, but Bruce Willis has more than proven his dramatic chops — and Charles Bronson‘s Death Wish franchise, despite its subsequent slide into ludicrous exploitation fare, started out with the germ of an affecting idea about a grieving father and husband determined to deliver justice in a lawless land. All of which is to say that Willis leading a Death Wish remake is an idea not without a certain amount of promise: when he’s on his game, few actors communicate bruised bravado better, and the story of a man driven to vigilantism after his family is destroyed by violent crime could play to his strengths in any number of ways. As for how this all actually plays out on the big screen, well, we can’t tell you: a late-lifting embargo means that as of this writing, critics’ thoughts regarding this remake are still largely unknown. When reviews roll out this late, it’s rarely a good sign, but we’re still Wish-ing for the best here — and while we wait for those quotes to come in, we’re passing the time with a round of Guess the Tomatometer.

Donald Glover continues to subvert expectations with a sophomore season of Atlanta that proves as excellent as it is eccentric.