The Legendary Film and TV Actor Discusses his Favorite Projects, Why Rock Should Really be Dead, and Why Fans Shouldn't ever Say to Him, "We're Gonna Need a Bigger Boat"

Richard Dreyfuss really needs no formal introduction. We all know him and his glorious body of work. And when we think about our own favorite films, bets are on that at least a few of his are included. Jaws, Close Encounters of the Third Kind, Lost in Yonkers, Stakeout, Down and Out in Beverly Hills; there are just too many to count.

This year, Rosencrantz and Guildenstern are Dead turns 25 years old and is finally out on Blu-ray. In celebration, we asked Mr. Dreyfuss about his favorites and we talked about films from his own career. He also discussed playing Bernie Madoff in the upcoming ABC series, Madoff, why rock and roll should really be dead, and why fans shouldn’t ever say to him, “We’re gonna need a bigger boat.” 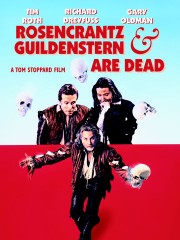 Rosencrantz was more fun than a barrel full of actors. Gave me a chance to do something I’d never done before, which was great.

RT: Were you worried about that going in?

No! No, the whole thing was fun. The whole thing is fun. When I read a script, if I can’t find the fun, I don’t do it. But it just so happens that I have more fun in my career than anybody. It was just fun and it kept being fun. I’m quite more than satisfied with my body of work. And that’s exactly what I had intended when I was a kid. I wanted to have a body of work that I was proud of. And I think I pulled it off. 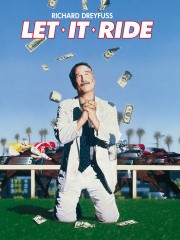 I watched Let It Ride, which was spoiled by the fact that the director did not know how important it was to keep the eye-lines correct. So everyone in the movie seems to be doing a Harold Lloyd imitation, and we’re slightly goofy because we’re not quite looking at the right spot. But other than that, it’s hysterically funny, so I would include that. 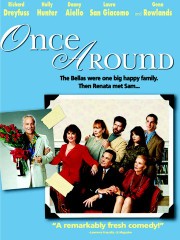 Once Around is a beautiful movie. And it was funny, and it was moving, and it was great. The story itself, which is a true story, is such a remarkable — simple, but not simple — story about a woman who falls in love with a guy who is kind of socially unacceptable. He’s loud, and her family just thinks he’s chalk on a blackboard. It’s how they come to love him. Holly Hunter is fantastic. It’s actually quite a brilliant movie, and I’ve always been extremely proud of it. 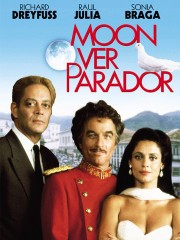 Moon Over Parador — on a scale of one of ten, it’s like an eight and a half. It’s something that you can really…  If you just see it from the beginning, you’re captured, you’re hooked.

RT: A friend suggested it should be a musical.

It should, you’re right [laughing]. I never thought of that, you’re right. And [The Apprenticeship of] Duddy Kravitz became a musical. They just opened to rave reviews in Montreal about two or three months ago so I’m assuming that it’s going to have a life, a stage life. 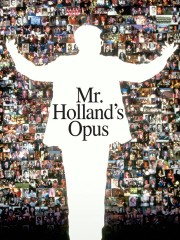 Not only did I love it but, as we made the film… We had about a thousand extras. We had to have the use of a thousand people to be various crowds and parents and whatever. And they all — including the crew — all fell in love with that movie. There are many times — not just the last scenes — but there are many times when we did scenes again and again just because they were fun to do.  When I say fun, I mean moving — there were more tears wept in the making of the film just because we wanted to, just because it was fun to do. And no film ever bonded [people] like that film. Usually the crew goes one place, and the cast goes another, and the extras go another. And in that film, we all went out together, sang karaoke together. We had a great time.

RT: With the extras too?

Yeah, it was really something. And that film was amazing because, for instance, there were times in the last scene, when I’m conducting my piece, where we’d finish and I would whisper, “Do you want to do it again?” And they would all go, “Yeeeahhhh!” And the scene where I played for my deaf son — we’d do it, and I’d look out and someone would go, “Do it again.” And it was just a kick that we had extras who were so willing and so much a part of it. And most of [the time], you have extras that could give a s—, and these people were just as in love with the story as I was.

Rotten Tomatoes: We were just talking about Mr. Holland’s Opus. Is music a big part of your life?

Richard Dreyfuss: No, not really. As a matter of fact, I’m very impatient with music. I think the fact that, since 1950, rock and roll is still the center of our musical creation is weird. It’s basically 50, 60, 70 years of music unchanging. You can’t say that about Cole Porter or Broadway musicals. You just can’t say it. It’s time for another Bob Dylan. When Bob Dylan appeared on the scene, the world changed. We need a world changer, a game changer. I couldn’t tell you what it was; I’m not that musically oriented. But there are musicians who I’ve talked to who absolutely nod vigorously when I say this, and they all agree that, “Alright already.” The electric guitar is the central sound of our musical society, and enough already.

RT: We don’t have musical icons like we used to anymore.

Dreyfuss: There are too many, and they all have been taken over by “the business.” And when I understood why the kid who killed himself — Kurt Cobain — when I realized why he killed himself, that he could never create anything that would not automatically go through this kind of Rube Goldberg device where it would become the background of commercials, the music heard on elevators… It went through this kind of Mohawk Indian ritual of getting hit in the head with a hatchet.

When I first heard him, I was not moved. I was not a fan. But when I heard about the reason for his death, at least the one that people were believing, I absolutely understood he could never escape. It’s kind of like hell. It’s being told by God, “You thought you were gonna get away with it, but you didn’t, and I’m consigning you to hell. Which means, you’re always gonna hear your music in the most disgusting ways.” And I went, “Oh s—.” It’s like, in Jaws, people always come up to me and they go, “We’re gonna need a bigger boat!” And my wife says, “He didn’t say that !” [laughing] That was something that Roy (Scheider] said. I can just see me, and see my tombstone: “RICHARD DREYFUSS — HE DIDN’T SAY THAT.”

Dreyfuss: I’m waiting for [the new TV series] Madoff. It will be broadcast the first week of February, sweeps week. Which means that ABC literally sends people to your home and forces you in front of your TV and you have to watch it.

Dreyfuss: [Laughing] And yet, that’s what they do! They’re gonna spend a fortune, as all the other networks do, to get people to watch their network that week. It means someone either gets promoted or loses their job and all the advertisers decide what you’re gonna spend that year. This is a really important business year [laughing]. It has nothing to do with the quality of the [show]. It just so happens that the [show] is wonderful. And I can say that without any guilt or impropriety I guess. It’s really fun. It moves at a clip and you don’t normally see that.

RT: Are you watching any TV?

Dreyfuss: I’m hooked on Game of Thrones so of course I want to kill the author. He just announced that he didn’t make his deadline so — and people all over the world want to beat him to death [laughing].

Rosencrantz and Guildenstern are Dead is now available for its 25th anniversary on Blu-Ray and DVD.

Madoff premieres on Feb. 3 on ABC.

On DVD This Week: The Martian, Mr. Robot Season One, and More