Star Trek Beyond Is Certified Fresh

Plus, Ice Age: Collision Course earns a chilly reception, and Lights Out is scary good.

This week at the movies, we’ll pay a visit to the final frontier (Star Trek Beyond, starring Chris Pine and Zachary Quinto), prehistoric times (Ice Age: Collision Course, with voice performances by Ray Romano and Queen Latifah), and some dimly-lit rooms (Lights Out, starring Teresa Palmer and Maria Bello). What do the critics have to say? 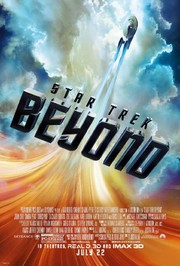 The Star Trek faithful have weathered their fair share of ups and downs with the franchise over the years, and when reboot helmer J.J. Abrams departed the bridge after 2013’s Into Darkness, he left an air of uncertainty in his wake. Fortunately for fans, it appears that incoming director Justin Lin has done the series a solid with this weekend’s Star Trek Beyond: reviews describe an installment that continues the amped-up action Abrams introduced while still leaving room for the thoughtful sci-fi that’s always been a Trek hallmark. In fact, critics say the story — which finds our heroes shipwrecked on a distant planet while doing battle with the fearsome Krall (Idris Elba) — serves as a worthy celebration of the saga’s 50th anniversary that also works pretty well as a standalone adventure. Star Trek locked down the “live long” part of Spock’s oft-quoted credo years ago; with Beyond, it seems a safe bet to prosper. 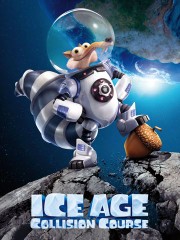 For parents of young children, cinematic standards tend to be applied on a sliding scale — if a movie holds up reasonably well as a shared diversion, it doesn’t have to be a classic. But even by those relaxed standards, not all kid-friendly cartoons are created equal, and critics say Ice Age: Collision Course offers particularly painful proof. Five installments in, it can’t be getting any easier to dream up new adventures for Manny the mammoth (Ray Romano), Sid the sloth (John Leguizamo), and their pals; unfortunately, reviews point to a tired outing that shows every bit of that creative strain, with a rote story that falls back on a barrage of noisy action and stale jokes. For parents of little ones who love Ice Age, this weekend may represent a Collision Course with misery — but for everyone else, there are plenty of superior animated alternatives. 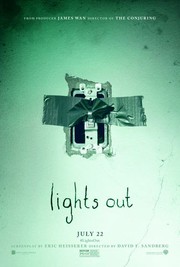 It wasn’t all that long ago that summer was a reliable dumping ground for cheapo horror flicks offering little more than 90 minutes of air conditioning and a few mildly effective jump scares, but in recent years, genre filmmakers have really started upping their game. According to most critics, Lights Out is the latest example of this welcome trend: a terrifically effective chiller about a shadowy horror preying on multiple generations of a family, and the panicked but determined efforts of a young woman (Teresa Palmer) to vanquish that evil. A feature-length version of director David F. Sandberg‘s acclaimed short film, Lights Out may not necessarily go anywhere new, but his confident work, talented cast, and scary premise add up to a summertime horror movie that should leave fans screaming for all the right reasons.

Difficult People picks up even more momentum in its sophomore season, upping the addictive yet somehow relatable nastiness of its leads with fast-paced — and possibly therapeutic — hilarity.

The A Word overcomes an uneven start to offer a thoughtful, warm-hearted look at the engagingly messy lives of its protagonists — and a glimpse of challenges too rarely seen or discussed on television.

Vice Principals is sporadically amusing and benefits from its talented stars, but its mean-spirited humor sometimes misses the mark.

Who is the Best Batman?