The 5th Wave Wipes Out

Plus, Dirty Grandpa and The Boy weren't screened for critics, Marvel's Agent Carter returns with flair, and DC's Legends of Tomorrow is overly ambitious.

This week at the movies, we’ve got an alien attack (The 5th Wave, starring Chloë Grace Moretz and Liev Schreiber), a sinful senior (Dirty Grandpa, starring Robert De Niro and Zac Efron), and a devilish doll (The Boy, starring Lauren Cohan and Rupert Evans). What do the critics have to say? 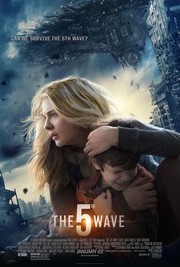 If Hollywood is to be believed, humanity’s salvation in the wake of a global catastrophe will likely rest in the hands of plucky, resourceful teenagers. The 5th Wave, which follows a young heroine fighting to survive an alien invasion, certainly does nothing to dispel such fantasies, but critics say it doesn’t add much to the conversation either. After a series of devastating alien attacks on the Earth, 16-year-old Cassie Sullivan (Chloë Grace Moretz) is separated from her younger brother, who’s been kidnapped to join a human army of child soldiers. With help from unlikely friends, Cassie struggles to locate her brother and rescue him. The pundits say Moretz does what she can with mediocre material, but The 5th Wave is ultimately a jumbled, tonally inconsistent mish-mash of genre influences. 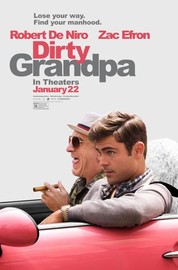 Robert De Niro has proven time and again that he’s quite comfortable doing comedy, be it understated (Jackie Brown) or broad (Meet the Parents). Unfortunately, while Dirty Grandpa sits decidedly on the latter end of that spectrum, it’s difficult to say right now whether this will go down as a winning De Niro performance or merely another cashed check, because the film wasn’t screened for critics. Zac Efron stars as Jason, a groom-to-be whose recently widowed and presumably grieving grandfather Dick (De Niro) convinces him to take a memorial drive to Daytona Beach. As it turns out, Dick just wants to partake in spring break festivities, and he doesn’t approve of Jason’s fiancee at all. Guess the Tomatometer! 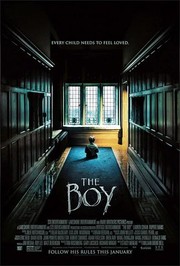 What if the child you were hired to babysit wasn’t a child at all, but an eerily lifelike doll? And what if that doll inexplicably moved around the house on its own when you weren’t looking? That’s the premise behind The Boy, a horror flick whose effectiveness we’ll have to assess later, since it also wasn’t screened for critics. Lauren Cohan stars as Greta, an American nanny who is hired by an English couple to care for a creepy replica of their deceased 8-year-old son at their country estate. His daily regimen includes a list of required duties, and when Greta cherry picks which ones to fulfill, things begin to go bump in the night. Time to guess that Tomatometer again!

A move from New York to Hollywood gives Agent Carter new territory to explore, as the series continues to search for a storyline as dynamic as its heroine.

Though its themes may be unpleasant for some and LOL moments are few and far between, Baskets succeeds on the strength of its deadpan delivery and terrific cast.

Fancy effects, comic-book nostalgia, and an alluring cast help keep it afloat, but DC’s Legends of Tomorrow suffers from an overloaded cast of characters that contribute to a distractingly crowded canvas.