The House with a Clock in Its Walls Ticks Along Tolerably

Plus, Life Itself is ineffective, Fahrenheit 11/9 is suitably provocative, Assassination Nation is a genre treat, and The Sisters Brothers and Netflix's Maniac are Certified Fresh.

This weekend at the movies, we have a home with an inconveniently located timepiece (The House with a Clock in Its Walls, starring Jack Black and Cate Blanchett), an invitation to cry in the dark with some strangers (Life Itself, starring Oscar Isaac and Olivia Wilde), a documentary destined to be excluded from the current administration’s presidential library (Fahrenheit 11/9, starring Michael Moore), and gun-toting girls out for vengeance (Assassination Nation, starring Odessa Young and Suki Waterhouse). What are the critics saying? 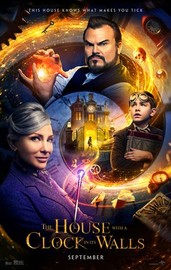 Whether it’s because the world has become a scarier place, parents have gotten too clingy, or something in between, there tends to be a pretty distinct line between kids’ entertainment and everything else today — far more than there was decades ago, when all manner of unpleasantness and adult themes regularly surfaced in ostensibly family-friendly fare. A return to that era in spirit if not quite in form, The House with a Clock in Its Walls finds horror director Eli Roth keeping his more disturbing impulses in check to adapt the classic YA story about an orphan (Owen Vaccaro) who moves in with his warlock uncle (Jack Black) and — in the process of trying to impress a local kid (Sunny Suljic) — ends up unleashing undead mayhem. It’s a setup with the sort of creepy, dangerous overtones that made hits like Gremlins and The Goonies so much fun, and although The House with a Clock in Its Walls never ends up reaching the high bar set by either, critics say it’s still a reasonably good time for the younger set. While reviews describe a funny, faintly creepy picture enlivened by a solid supporting cast (particularly a game Cate Blanchett), it also struggles to reconcile its various elements, and the end result may tend more toward kids’ stuff than truly all-ages fare. Still, if you’re looking to give your young ones a mildly spine-tingling night at the movies this weekend, these Walls seem sturdy enough. 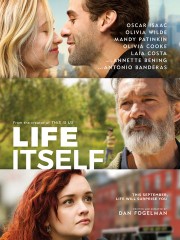 No matter how blurry the line gets between television and cinema, there’s always going to be a fundamental difference between the mediums, and the critical response to Life Itself might be the most forceful reminder of that divide that we’ve seen in some time. An ensemble drama tracing a family’s (very, very) emotional journey, this picture’s brought to us by writer-director Dan Fogelman, who — as fans of his acclaimed and award-winning NBC hit This Is Us will readily attest — has proven himself a pretty deft hand at telling this type of story over a series of episodes. But films don’t have those extra hours to pull the audience in, so a generational weepie has to work harder to fight the tide of melodrama — and critics say that’s a fight Fogelman roundly loses with Life Itself. Described as simultaneously overwrought and underwhelming, the movie aims for profundity while lunging for the audience’s heartstrings, and it’s being clubbed pretty thoroughly by the pundits as a result. If you just can’t resist the urge to watch attractive New Yorkers deal with a lot, go ahead and invest in a ticket; otherwise, to pinch and twist a phrase from Thomas Hobbes, you may find Life Itself to be poor, nasty, brutish and not short enough. 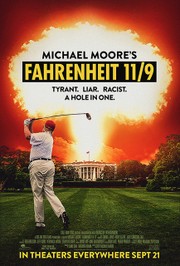 With 1989’s Roger & Me, Michael Moore pioneered a uniquely humorous style of guerrilla documentary — one that helped pave the way for a new breed of political filmmaking while launching Moore’s own consistently acclaimed career in the process. He’s had his hits and misses along the way, but like a lot of documentarians, Moore’s most edifying and entertaining when he’s ticked off about something — and in these wildly partisan times, there’s certainly no shortage of targets for him to hit. With Fahrenheit 11/9, he makes an argument that won’t be surprising to his fans or his detractors — specifically, that the Trump administration is a danger to democracy for a variety of reasons — but critics say he identifies an array of culprits that may catch some viewers off guard, pointing the finger at the Democratic establishment as well as America’s right wing. Aside from a postmortem on the 2016 election, critics say 11/9‘s true value lies in Moore’s urgent call to action for voters, presented as a blueprint for civic engagement designed to leave audiences inspired. Like pretty much any politically fueled picture in 2018, this one will probably end up preaching to a specific choir, but for anyone who’s enjoyed Moore’s filmography, this looks like another worthy chapter. 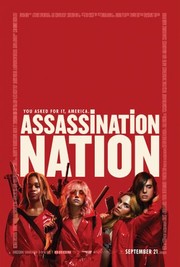 In 1984, then-former Styx guitarist Tommy Shaw titled his first solo album Girls with Guns, and although the provocative imagery conjured by the name didn’t translate to much in the way of sales, it’s still a fairly attention-grabbing idea — as evidenced by this weekend’s Assassination Nation, a cheerfully violent black comedy whose marketing materials echo the same promise made by Shaw’s LP. Starring an eclectic ensemble cast rounded out by Odessa Young, Anika Noni Rose, Maude Apatow, and Joel McHale, the story follows the bloody fallout incurred by a devious hacker’s intrusion into the party-fueled lifestyle of a group of high school seniors. It’s a premise with all sorts of fun possibilities, and critics say the end results deliver enough of them to recommend; although the characters are regrettably somewhat thinly conceived, the action is frenetic and visually stylish enough to carry audiences along. If you’re in the mood for some above-average action, Assassination Nation looks just high-caliber enough to recommend.

Thoroughly honest and insightful, Sorry For Your Loss tackles a sensitive theme, but with a witty touch.

Maniac enthralls with its dazzling visuals, adventurous narrative, and striking performances from both Emma Stone and Jonah Hill.