The Indie Fresh List: Amulet, Radioactive, and Don't Be Nice

For the foreseeable future, the specialty box office and all theatrical releases will be on hold as we all make efforts to socially distance ourselves and reduce the spread of the COVID-19 coronavirus. With that in mind, we have reshaped our Indie Fresh List. This week we have a slam poetry doc, a haunted house horror film, and a biopic about Madam Curie. In our Spotlight section, we have Dave Franco’s directorial debut film about a creepy Airbnb. In our Indie Trailer section, we have new clips from films starring Brenton Thwaites, Tobias Menzies, and Jackass’ Steve-O. 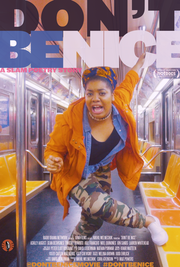 Currently rated 100% Certified Fresh on the Tomatometer, Don’t Be Nice chronicles the upstart Bowery Slam Poetry Team, made up of Black, Afro Latinx, and queer poets as they compete for the National Slam Poetry Championships, led by a coach who has all the strategy and intensity of Coach K of the Duke Blue Devils. Don’t Be Nice is not just the title but a mantra that coach Lauren Whitehead preaches to the team for how to approach what they say and how they perform. As the group is composed of marginalized artists, the documentary illuminates how imperative it is for people from those communities to commit to the titular credo as a necessity to enact social change. Pointed, entertaining, and dripping with passion, each performance is extraordinary and relevant to the current focus and action against racial inequities. “If you ever want to slip into your local poetry slam, Don’t Be Nice is the perfect primer for your experience. It will blow away your preconceptions and show you the art inside the artist,” writes Alan Ng of Film Threat.

Available to rent or buy now on FandangoNow, Vudu, Google Play, and iTunes. 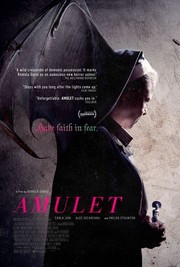 A former soldier turned builder is hired to restore a rotting home by a woman left to care for her dying mother. As the recently homeless builder manages to move into the decrepit home he is disturbed to find several unexplained eerie happenings. As the builder and the young woman get closer it becomes clear that she is virtually enslaved to the care of her mother and perhaps some other unseen forces. “An impressive first feature, and while fans of zippy midnight movies might balk at its slow-burn opening act, the film eventually builds to some nutso body horror and a strong sense of mythology that announces [director Romola] Garai’s arrival as a filmmaker to watch,” writes Kate Erband of Indiewire.

Available to rent or buy July 24th on FandagoNow and Google Play. 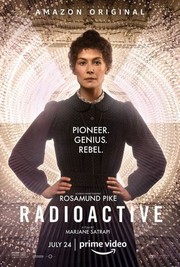 Rosamund Pike transforms into famed scientist Marie Curie for Radioactive, the first major narrative feature to tackle the extraordinary life and legacy of one of the early pioneers of scientific advancements. Following her career and those she worked with along the way, the film follows the major events of her life including her tragic demise as a consequence of her dogged commitment to science. Offering praise for Pike’s performance, Amy Nicholson of Variety also noted director “[Marjane] Satrapi collapses a century of innovation and destruction from the discovery of chemotherapy to Chernobyl into a flat timeline that Curie can see right through as though looking at an x-ray.”

Available to rent or buy July 24th on Amazon and Google Play. 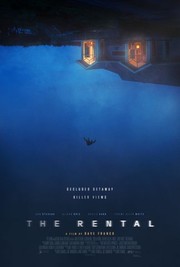 Dave Franco makes his directorial debut with this unnerving horror story about two couples on an oceanside getaway who discover that they may be under surveillance. After a series of suspicious events and the discovery of hidden cameras, the couples begin to war with each other as old secrets are exposed and the once idyllic rental house turns sinister. The ensemble cast of Alison Brie, Dan Stevens, Jeremy Allen White, and Sheila Vand is captivating in this “effectively chilly little thriller about a vacation gone very wrong that is, for the home-sharing business, like a poisonous, little cinematic cherry on top of an especially toxic pandemic parfait,” writes Cary Darling of the Houston Chronicle.

Available to rent now on Vudu.

A dream house comes with a nightmare housemate in the backyard for Guest House starring Jackass’ Steve-O and Pauly Shore.

A gothic horror tale about two women who form a strange bond after one survives a deadly accident.