This week the specialty box office provides us with a host of Pride-ful documentaries featuring iconic drag performers, along with some inspiring female-focused cinema. Plus, we’re looking ahead to August with the just-dropped trailer for Peanut Butter Falcon, which looks to be hilarious and heartfelt, and is currently at 100% on the Tomatometer. 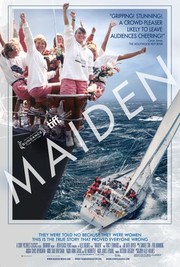 The second documentary of the year from Sony Pictures Classics is likely their best shot an Academy Award in 2020. Maiden, which chronicles the trials and tribulations of the first all-female sail crew to enter the Whitbread Round the World Yacht Race, is a thrilling tale of determination, sportsmanship, and activism. Tired of being dismissed as a sailor because of her gender, 24-year-old Tracy Edwards took on the male-dominated competitive sailing world with her historic all-female team. Heckled and harassed at every turn, the crew tough it out in a thrilling doc that’s enriched by the presence of Edwards and a spectacular amount of home footage taken by the team. Philip De Semlyen of Time Out called Maiden “a knuckle-whitening tale of courage and grit.”

Playing in New York and Los Angeles on June 28, expanding to limited screens on July 5. 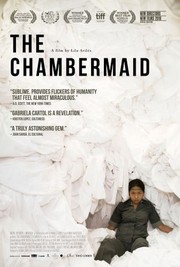 Actress turned director Lila Aviles makes an impressive debut with The Chambermaid. Title character Eve works as a maid in a luxurious Mexico City hotel where her days are filled with monotonous menial tasks performed over long hours. To end her boredom, she breaks the time with quiet examinations of the items left in rooms and new friendships that fuel her determination for a better life. Framing star Gabriela Cartol in stationary wide shots, director Aviles has an almost voyeuristic focus on the daily tasks of a housekeeper; as we watch and learn what motivates Eve outside of her job, we start to ache with her at the hardship and frustrations of her toils. Oliver Jones of The Observer said of the lead, “Eve is one of the most fully and forcefully crafted characters I have seen on screen in some time.”

Playing in New York and Los Angeles on June 28, expands to limited screens on July 5. 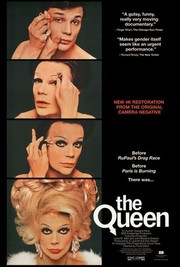 The Queen is a bona fide piece of LGBTQ history. The documentary, re-released this week for Pride with a 4k restoration, follows the Miss All-America Camp Beauty Contest, where the MC for the night is Jack Doroshow (also known as Flawless Sabrina, his drag persona). Jack/Sabrina may have been director Frank Simon’s subject, but it’s one of the contestants who gives the film its most memorable scene. Legendary New York City drag queen Crystal Labeija’s rant after she loses – including the famous line, “Her makeup is terrible, and she doesn’t LOOK good!” – has become iconic in drag culture, and exposes some of the racial issues that permeated drag pageants at the time, when black and brown queens struggled to nab crowns. If you live for POSE and RuPaul’s Drag Race, don’t let this one get by you. 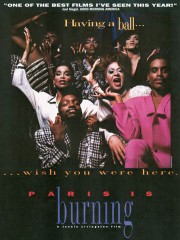 Re-released for Pride Month, Paris is Burning is still in theaters. Arguably the most iconic LGBTQ documentary of all time (and number 16 on our list of the 200 Best LGBTQ films ever), Paris is Burning took ballroom culture to the big screen. After the popularity of Madonna’s hit song “Vogue,” documentary filmmaker Jennie Livingston sought out the underground POC-led pageant/dancehall showcases that inspired it. Livingston, with the help of legendary staples of the ballroom scene Pepper Labeija, Angie Xtravaganza, Willi Ninja, and Paris Dupree, brought slang like “reading,” “shade,” and “fierce” to the masses. It makes for a perfect double feature with The Queen: the underground balls of Paris is Burning were founded by Crystal Labeija as a direct response to her snubbing at the pageant featured in the 1968 doc.

In Limited Release until June 30.

The Peanut Butter Falcon (2019) 96% follows a young man with Down syndrome (Zack Gottsagen) who runs away from his residential nursing home to live his dream of becoming a professional wrestler. Along the way he befriends a drifter (Shia LeBeouf) who aids him in his journey.

Naomie Harris takes the lead in Black and Blue (2019) 52%, a gritty cop drama about a rookie female officer who stumbles on a dark secret that puts her in a race against time get back to the precinct to uncover the truth.