For the foreseeable future, the specialty box office and all theatrical releases will be on hold as we all make efforts to socially distance ourselves and reduce the spread of the COVID-19 coronavirus. With that in mind, we have reshaped our Indie Fresh List. This week for our fresh picks we have coming-of-age tale set in 1990s South Korea, a teen drama about a navigating an unfamiliar culture, and a dramatic story about faith and redemption. In our Spotlight section, we have an illuminating documentary about trans performers in entertainment led by Orange Is the New Black’s Laverne Cox. 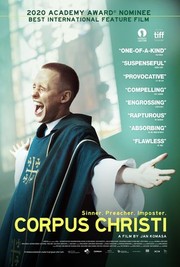 Corpus Christi was a near-universally lauded staple of the fall festival circuit last year. Screening at the Venice and Toronto International Film Festivals, the film was showered with praise and awards, and it was the Polish selection for Best International Feature at the Academy Awards. The story centers on a young man sentenced to a youth detention center who has a spiritual awakening and impersonates a vicar at a small Parrish after his release. Bartosz Bielenia’s captivating performance is further illuminated by Jan Komasa’s skill behind the camera, creating “a quite interesting and irresistible movie, a cross between Paul Schrader’s recent film of spiritual crisis, First Reformed, and Spielberg’s Catch Me If You Can,” according to G. Allen Johnson of the San Fransico Chronicle.

Available to rent or buy now on FandangoNow, Vudu, Amazon, and iTunes. 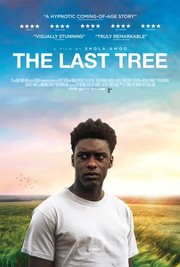 The Last Tree follows Femi, a Nigerian boy raised by his adoptive white mother in Lincolnshire who is suddenly moved to London as an adolescent after his biological mother regains custody. Akin to Richard Linklater’s Boyhood as seen through the eyes of a first-generation African immigrant, the film is an intimate and beautifully shot coming-of-age story. “Culture shock, abandonment issues, and inner-city turmoil produce a PTSD that is rarely acknowledged in film in this way. For that, The Last Tree is a triumph,” writes Dwight Brown for National Newspaper Publishers Association. 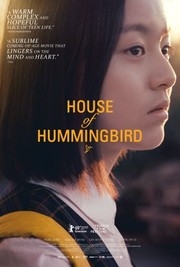 House of Hummingbird is a quiet period piece that recreates the booming expansion of Seoul, South Korea in the early ’90s. Writer-director Kim Bora uses the imagery of a hummingbird on a search for nectar to translate the main character’s journey through her neighborhood. Currently Fresh at 100% on the Tomatometer, “House of Hummingbird digs deep beneath the shine and luster of the rapidly industrializing Seoul of the ’90s and instead focuses on the cracks that were beginning to form under the surface,” writes Hoai-Tran Bui for SlashFilm. 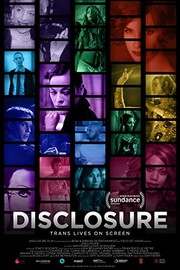 Likely the most in-depth examination of Transgender depictions in entertainment, Disclosure is a powerful documentary that highlights how activism can be effected on screen. Documenting over 100 years of history from A Florida Enchantment (1914) to Pose (2018), the film studies every instance, not just the uplifting ones. Entertainers Laverne Cox, MJ Rodriguez, and Jamie Clayton alongside filmmakers Yance Ford and Lilly Wachowski all lend their commentary to the documentary, which Ben Travis for Empire Magazine wrote is “a captivating and comprehensive overview of trans representations in the media that everyone should add to their Netflix watchlist.”

The Indie Fresh List: Amulet, Radioactive, and Don’t Be Nice