Plus, Alice Through the Looking Glass is short on magic, and Roots is profoundly powerful.

This week at the movies, we’ve got mutant mayhem (X-Men: Apocalypse, starring James McAvoy and Michael Fassbender) and a return to Wonderland (Alice Through the Looking Glass, starring Mia Wasikowska and Johnny Depp). What do the critics have to say? 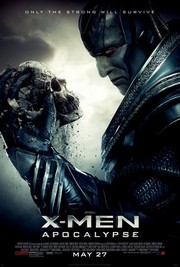 The X-Men series has been through a reboot and a couple of spinoff franchises at this point, and all that history is a bit of a mixed blessing — on the one hand, it’s that much easier for each new entry to take advantage of the team’s decades of history in print; on the other, it gets progressively more difficult to do justice to each character as the cast and crowded mythology expand. Sadly, although it tries to honor the comics by bringing a key villain’s saga to life, critics say X-Men: Apocalypse stumbles under the weight of a muddled storyline that can’t fully do justice to its core components — and eventually falls back on the CGI Sturm und Drang that has reduced far too many superhero sequels to digital noise in the final act. 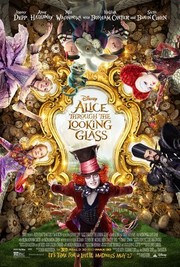 Tim Burton’s Alice in Wonderland had a great cast and incredible special effects, but it wasn’t exactly a critical darling. Lukewarm reviews notwithstanding, it made an absolute ton of money worldwide — which is why, even though Burton’s no longer in the director’s chair, Alice Through the Looking Glass was a foregone conclusion. Alas, although the core members of the cast are back (including Mia Wasikowska, Helena Bonham Carter, Johnny Depp, and Anne Hathaway), critics say new director James Bobin brings even less of the source material’s delightful whimsy to this follow-up, sacrificing Lewis Carroll’s classic stories on a brightly colored altar of computer-generated chaos.

Anchored by Bryan Cranston‘s phenomenal performance as LBJ, All the Way is an engrossing portrayal of a complicated man during a pivotal moment in US history.

Wayward Pines drifts away from the intrigue and mystery established during its debut season, slipping into a dull, repetitive, and trite narrative.

TV Talk Year in Review: The Biggest Television and Streaming News of 2019

The Rhythm Section Hits Too Many Familiar Beats