All A Nightmare on Elm Street Movies Ranked

Silent creepers, maniacal mumblers, and mute supernatural freaks: Your typical ’80s slasher fiend had problems verbalizing their issues with the world. Probably why as horny teens were out partying, they were studying the blade. Not Freddy Krueger though, who gave crackly voice to the slasher as a talky dream stalker by turns literate, wisecracking, and menacing. Of course, it took a few sequels to get the character to find a sense of humor. In the original 1984 A Nightmare on Elm Street, he was just plain genuinely terrifying, as writer/director Wes Craven sought to inject operatic weight into the slasher formula, distorting fantasy and reality to harass the viewer into questioning their own sanity.

After the original’s box office success, Freddy’s Revenge was fast-tracked for release the following year to the moans of critics, who had designated the first movie Certified Fresh. But Robert Englund as Freddy was clearly having a blast, enough to get him back for the best direct sequel, 1987’s Dream Warriors. A year after that, action director Renny Harlin came in for The Dream Master to put an exciting spin on things. Englund remained a steady, creepy joy through these, and that’s the benefit of having a jabbering weirdo as your villain: It’s a character that can evolve and adapt. Jason and Michael can’t.

Of course, having a star performer can only get you so far when the material starts really failing, like nails-in-the-coffin efforts The Dream Child and Freddy’s Dead. Krueger as a character had become too outsized by this point (he additionally had a TV career on the decent Freddy’s Nightmares), and was effectively serving now as an anti-hero. Three years Dead, Craven would return to direct 1994’s meta New Nightmare, set literally in our world where the Elm Street movies are just that: Movies…until the killings start happening for real. Critics dug the twist, but the stench of past Nightmare sequels kept audiences away, and horror in general had a tough go at in the ’90s. Craven himself would turn the genre’s fortunes around with Scream, using the same post-modern technique.

Eleven years after New Nightmare, the death-match horror fans had been clamoring for hit theaters: Freddy vs. Jason. Director Ronny Yu gives the movie a bouncing, comic book movie sensibility, with some carefully crafted action sequences, surrounded by a ridiculous mystery plot. Was it a fitting swan song for Englund as Freddy? Well, you’re just going to have to take what you can get, because the franchise has slumbered since, except for a 2010 remake, starring Jackie Earle Haley hot off of Watchmen. It may be eternal sleep for Freddy Krueger, but perchance we’ll meet again in our dreams as we go through all A Nightmare on Elm Street movies, ranked by Tomatometer! 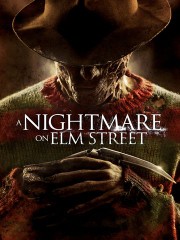 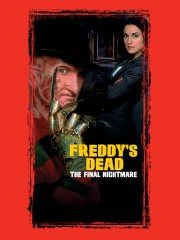 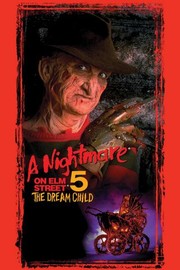 #7
Adjusted Score: 33.808%
Critics Consensus: A Nightmare on Elm Street feels exhausted by this cheesy fifth entry, bogged down by a convoluted mythology while showing none of the chilling technique that kicked off the franchise.
Synopsis: In the fifth installment in the Nightmare on Elm Street series, Alice (Lisa Wilcox) begins the film with the notion... [More]
Starring: Robert Englund, Lisa Wilcox, Danny Hassel, Kelly Jo Minter
Directed By: Stephen Hopkins
#6 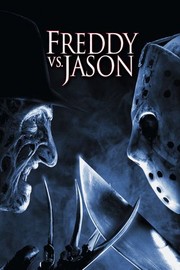 #6
Adjusted Score: 45.36%
Critics Consensus: Fans of the two horror franchises will enjoy this showdown. But for everyone else, it's the same old slice and dice.
Synopsis: Rumored and anticipated for years, the two biggest icons of the slasher genre finally meet in Freddy Vs. Jason, the... [More]
Starring: Robert Englund, Ken Kirzinger, Monica Keena, Jason Ritter
Directed By: Ronny Yu
#5 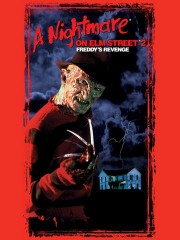 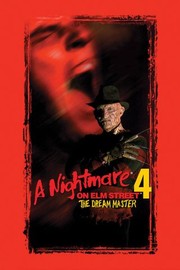 #4
Adjusted Score: 56.568%
Critics Consensus: A Nightmare on Elm Street 4: The Dream Master marks a relative high point in this franchise's bumpy creative journey, although the original remains far superior.
Synopsis: This fourth trip down Freddy Lane was the most successful at the box-office, but although it has some impressive visuals,... [More]
Starring: Robert Englund, Lisa Wilcox, Danny Hassel, Rodney Eastman
Directed By: Renny Harlin
#3 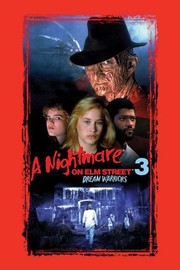 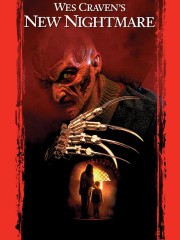 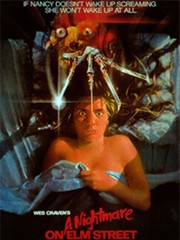 #1
Adjusted Score: 97.88%
Critics Consensus: Wes Craven's intelligent premise, combined with the horrifying visual appearance of Freddy Krueger, still causes nightmares to this day.
Synopsis: A group of teenagers are terrorized by "Freddy Krueger", an evil being from another world who gets to his victims... [More]
Starring: Robert Englund, Heather Langenkamp, John Saxon, Ronee Blakely
Directed By: Wes Craven