Just how influential was 1988’s Die Hard? For a good solid decade afterwards, action movies were pitched and sold as “Die Hard on a something,” like Die Hard on a bus, or in a football stadium, or in a dirigible. The movie seemed to re-invent and immediately perfect the action formula, with detective John McClane as the guy who’s simultaneously in way over his head and always one step ahead of the bad guy, brought to life by Bruce Willis with a steely glint in the eye, and cynical everyman wit and humor. (Die Hard also turned “Nakatomi Plaza” into a Los Angeles tourist attraction, in reality 20th Century Fox’s headquarters situated right next to their studio lot, so you can imagine the cost-savings for the company when it got taken over by terrorist scum. Thanks, Hans.)

The sequels have had their ups and downs, sending John to the nation’s capital (Die Hard 2), Russia (A Good Day to Die Hard), and twice to his old stomping grounds in New York (Die Hard With a Vengeance, Live Free or Die Hard). And now we’ve taken the entire franchise to rank all Die Hard movies. Yippee-ki-yay, Tomatometers! 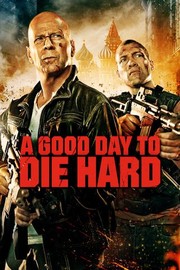 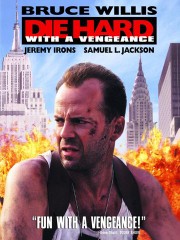 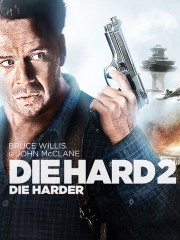 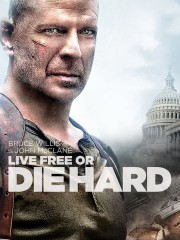 #2
Adjusted Score: 88.928%
Critics Consensus: Live Free or Die Hard may be preposterous, but it's an efficient, action-packed summer popcorn flick with thrilling stunts and a commanding performance by Bruce Willis. Fans of the previous Die Hard films will not be disappointed.
Synopsis: On the Fourth of July weekend, an attack on the vulnerable United States infrastructure begins to shut down the entire... [More]
Starring: Bruce Willis, Timothy Olyphant, Justin Long, Maggie Q
Directed By: Len Wiseman
#1 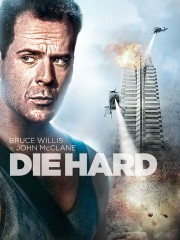 #1
Adjusted Score: 98.73%
Critics Consensus: Its many imitators (and sequels) have never come close to matching the taut thrills of the definitive holiday action classic.
Synopsis: It's Christmas time in L.A., and there's an employee party in progress on the 30th floor of the Nakatomi Corporation... [More]
Starring: Bruce Willis, Alan Rickman, Reginald VelJohnson, Bonnie Bedelia
Directed By: John McTiernan