Every Episode of The Walking Dead Ranked by Tomatometer

We decided to look at how each of its episodes so far have fared on the Tomatometer and found the most Rotten episodes occurred in season 6, with five of the 16 episodes in that season being deemed Rotten by a consensus of critics (although the season fared well overall — it is Certified Fresh at 77%).

The ninth season is the Freshest of the bunch, making it the seventh TWD season overall to be Certified Fresh, and with the highest overall score at 91%.

Season 5 scored the most episodes in the top 10, claiming more than half of those slots with six episodes standing at 100%. Season 7’s premiere, “The Day Will Come When You Won’t Be,” had the most reviews of any individual episode with 53 — unsurprising, perhaps, given that it was the episode in which viewers found out which characters Negan (Jeffrey Dean Morgan) had brained.

Stay tuned as we update this list regularly throughout season 10.

What was your favorite episode of The Walking Dead? Tell us in the comments.

#139With things looking up for Rick’s group, an argument breaks out at the Hilltop. The consequences of the decision are life versus death.

#138After having a few moments of peace, trouble finds its way to Alexandria yet again. Only this time, the threat might be too big to defeat.

#137After having a few moments of peace, trouble finds its way to Alexandria yet again. Only this time, the threat might be too big to defeat.

#136With the Governor’s attack looming, Rick and his people need to determine if the prison is worth defending.

#135Alexandria is finally able to start pulling itself back together, and there’s peace between the group and the Alexandrians, but no one knows how long it will last. 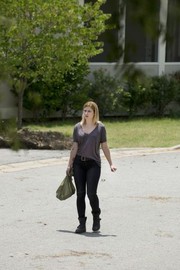 #134The mood in Alexandria is quite grim after a number of setbacks, which might prove too much for the sheltered citizens inside the gates.

#133The plan involving Alexandrians, Kingdommers and Hilltoppers unfolds. As Rick continues to fight, he encounters a familiar face.

#132Life on the road has the group beaten and beleaguered.

#131A new and scary chapter begins to form at a camp outside the prison.

#130Shane’s deadly sacrifice leads to strange behavior, while the rest of the group contemplate the fine line between living and dying.

#129Conflict with the Saviors leads to unintended consequences for the Hilltop, the Kingdom and Alexandria. Morality proves tricky in wartime. 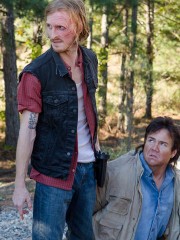 #128Two different groups leave Alexandria on supply runs. While both are concerned with the future of the community, immediate danger will derail them. 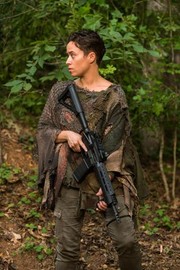 #127In this episode, a familiar face stumbles upon a brand new society. Their rules, location, and setup are unlike anything we’ve seen before.

#126The remaining members of the core group hold together in Alexandria. Then, they receive a sobering visit.

#125When Rick and Shane agree on a pivotal decision, Dale begins to suspect a lack of humanity fostering among the group; meanwhile, Carl’s actions have an unexpected impact.

#124A group of other survivors are encountered.

#123With the Governor busy pursuing a runaway dissenter, a traitor looks to sabotage his impending plans.

#122Every story and battle comes crashing together.

#121Rick possibly stumbles upon another safe spot while attempting to come to the aid of someone in danger. Meanwhile, Shane heads off on a mission for much-needed medical supplies.

#120A familiar face returns as the group members struggle to find humanity in a world of constant threats.